The Fun is Over – Saying Goodbye to the 800 HP Supra 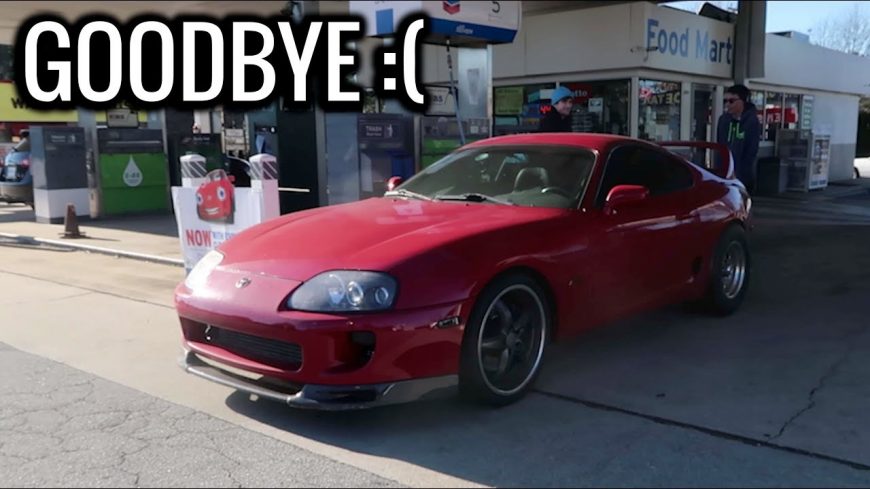 David, also known as YouTuber ThatDudeinBlue, had the privilege of babysitting a total stranger’s 800 HP Toyota Supra for a couple weeks. If you missed the story, David and his girlfriend were on the road when they encountered Essa in his Supra. Stopping to fuel up together, Essa and David chatted, where it was decided that instead of leaving his car in the parking deck at the airport while he flew home to Qatar to visit his family, he would leave it with David, one of his favorite YouTubers.

While this is almost completely random and highly improbable, Essa understandably would rather have his car being driven by somebody he knows is a fellow gearhead who will take good care of it while keeping the battery from dying while sitting in the parking garage, where it’s also susceptible to being dinged or vandalized by careless motorists and those who are jealous of the car many consider to be the pinnacle of all sports cars.

As you can imagine, David has had some great times in the car, putting it to good use taking friends for rides, something the says is more enjoyable that just driving the car alone. This is certainly something I can appreciate, as I always enjoyed taking friends to the drag races for the first time and watching as they fell in love with the sport. There’s something truly special about sharing a ride or race or other automotive experience with somebody for their first time that David obviously appreciates.

Unfortunately for ThatDudeinBlue, Essa is on his way home and the time with the Supra has come to an end. David has had some great times in the car and gets one more ride in it as he heads to the airport to drop it back off where he picked it up. A cold snap of historic proportions has slapped the southeast right in the mouth, so it takes a few moments to get the car to crank, but it does fire up and David heads to say goodbye to the legendary ride. Something tells me we haven’t seen the last of Essa and his Supra, though.

« Walk 1000ft with Our Very Own Leah Pritchett