For those familiar with Specialty Vehicle Engineering, they know of the limited-run ...

For those familiar with Specialty Vehicle Engineering, they know of the limited-run rides that the company produces. SVE has linked itself to high-performance applications that auto manufacturers simply leave a void for. These voids in the market usually have customers clamoring for more. They’ve even cranked out modern Yenko machines and a GMC Syclone.

Last year, we would see SVE’s first shot at producing the fan-favorite Syclone for 2020. Originally produced for one year only, the 1991 super truck was really ahead of its time. It would combine turbocharged V6 power with a lightweight truck platform that would end up developing a cult following.

All these years later, General Motors still hasn’t revived the nameplate. Even though it seems to be one that fans are attached to, we’ve seen nothing from the factory. This is where SVE steps in to try and fill the aforementioned void.

Last year, the company announced that it would be producing a limited run of its very own rendition of the Syclone. The offering came to the table with a centrifugal supercharged V6 creating 455 horsepower. It’s not hard to see where they were coming from with the forced induction 6-cylinder. After all, that’s what the original truck had under the hood.

This year, though, SVE is stepping it up. Apparently, there was enough interest in the truck to give it another go. Instead of the V6, instead, this year’s truck will have V8 power under the hood. For 2021, the Syclone will feature a V8 in the L83, GM’s Gen V small block V8; technically an LT for those keeping track.

Like last year, the truck will be based on the GMC Canyon extended cab. Another noteworthy feature is that it’ll be all-wheel-drive. Sending that much power to all of the wheels is bound to be a great time. SVE made sure to upgrade the transmission and transfer case as well to make sure to handle the power appropriately.

To top it off, the truck will be clad with lots of styling reminiscent of the original Syclone. In SVE’s words, “The optional leather seat trim package features a leather surround with a leather insert, and is available in two colors to match the available factory interior colors.” They continue on that it features the “Syclone® V8 Supercharged logo embroidered in red on the front headrests”

The truck will also include things like custom badging, floor mats, and a build number plaque.

Revival of Chevrolet's S10 Xtreme is Coming in 2020 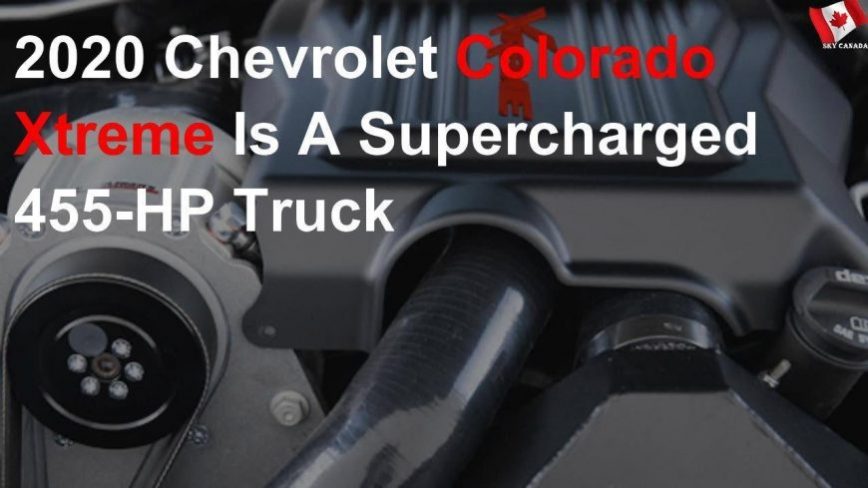