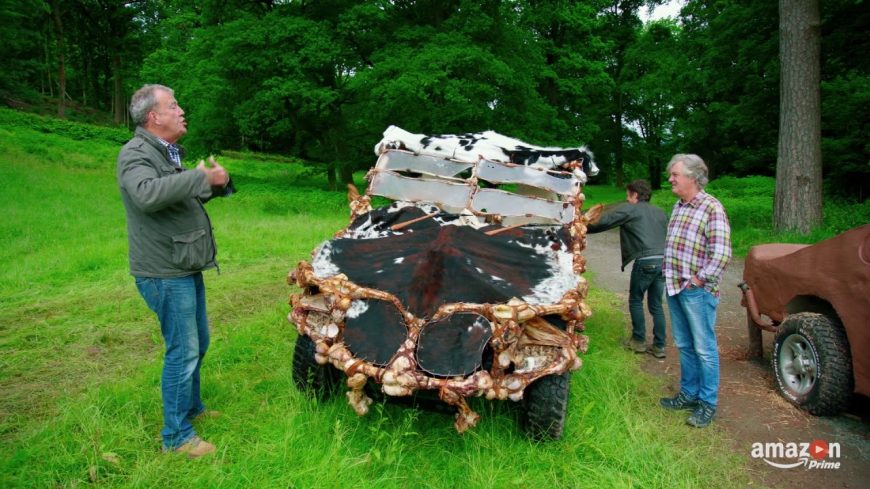 For years upon years, we have watched along closely with British TV Show, Top Gear, until just recently when it came spiraling to a dramatic end and the crew jumped ship to form their own show. Since then, The Grand Tour has aired on Amazon Prime and left us wondering if it would indeed live up to the tall legacy left behind by the old show.

With a couple of episodes already in the books, it looks like that ever so beloved chemistry between Clarkson, Hammond, and May is still there as you can see in this little clip that has been snag from the new show.

We’re not sure exactly what the challenge is here or if Jeremy Clarkson is just being Jeremy Clarkson but it is quite a sight to see as he rolls up on his two co-hosts during episode four of the show with a car that is built completely out of dead animal bones and some of their other parts as well.

James May and Richard Hammond seem to react in the exact way that we were thinking. These guys think up some crazy stuff that really has us laughing every step of the way. Hopefully, they can continue with all of the success that they have seen in years past.