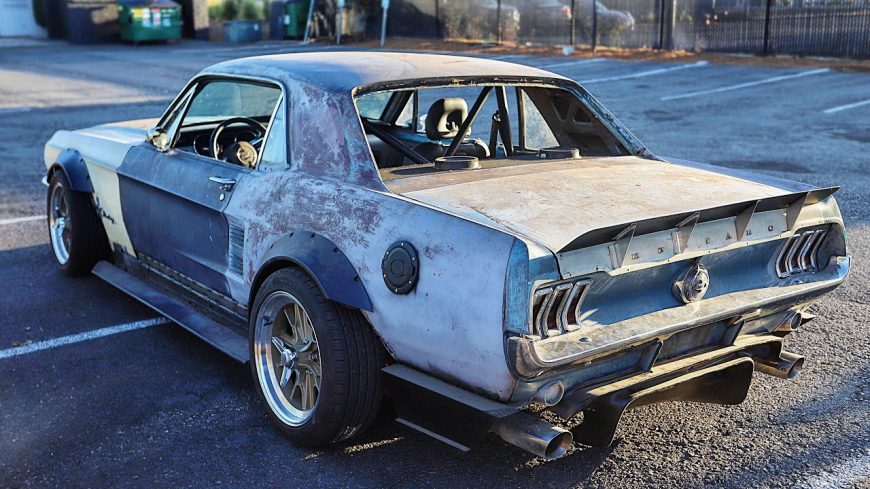 Some folks may recall the story that went a little bit viral about a month or two ago. Basically, a YouTube channel took it upon themselves to build an Eleanor replica car based on a late model Mustang chassis. The build was going swimmingly but eventually, everything would take a sudden turn. Apparently, the copyright holders for Eleanor weren’t too happy about the construction. Therefore, they dropped in and decided to seize the Mustang.

The news really took over the automotive community for a couple of days. If you haven’t heard about it yet, though, you could check it out here.

This time, we take the time to catch back up with that YouTube channel that goes by the name of B is for Build. Apparently, the YouTubers took it all in stride. Instead of letting it get them down or sitting around and trying to battle it out, they got right back to the drawing board.

In this one, we take the time to catch up with one of their most recent projects. In a similar vein to what we were going to see with the Eleanor project, we’re getting yet another transplant attempt. The idea is to take the body from a 1967 Mustang and swap it on to the chassis of a 2016 Mustang GT.

When all is said and done, the result should be a gnarly looking modern meets classic creation that’s ready to go out there and rip. It really brings together the best elements of both cars, giving us classic styling with the power and creature comforts that one would find in a modern Mustang.

By following along with the video below, we get to see exactly how a project like this comes to life.