The History of Chip Foose and Gas Monkey Garage

The History of Chip Foose and Gas Monkey Garage

Chip Foose has long been established as one of the absolute best in the world of ...

Chip Foose has long been established as one of the absolute best in the world of automotive design and fabrication. As the man behind such iconic rides as The Boydster and Hemisfear, Foose has an incredible knack for designing and building cars that are packed with features and subtle unique design cues while simultaneously maintaining an elegance and sophistication that can only be found in the finest of builds. Having won the highly coveted Ridler Award four times, including back-to-back wins in 2002-03, Chip has proven time and again that his designs and builds are among the best in the world.

Back when Foose first started the surprise car makeover show Overhaulin’, a couple of guys from Texas helped him pull of one of the trademark facelifts. At that time, Richard and Aaron were still working on making a name for themselves in the industry when Richard decided to approach Foose about how to build and grow his shop and the brand itself. Rawlings doesn’t go into details about what advice Chip offered, but he did say he kept in touch, checking in with Foose whenever he had any questions about getting the show up and running.

Recently, Foose visited the Gas Monkey Garage and checked out how the guys are doing now that they have made the big time, bringing their relationship full circle in a way. When Christie brought up the subject for a recent viewer Q&A session, Richard walked through the history of how he met Foose and what role Chip played in helping make GMG what it is today. There was also a little humor about Jeremy 2’s role with the company, which the lovely Christie gets to the bottom of at the end of the video. 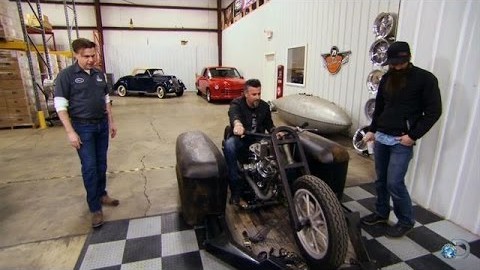