by Jesse Kleib | May 5, 2021
craig liebermanfast and furious

Fans of the Nissan Skyline likely know that the model can come with quite a hefty tax ...

Fans of the Nissan Skyline likely know that the model can come with quite a hefty tax depending on which generation one is fond of. At the end of the day, a fan favorite in the R34 isn’t quite old enough to be available to import into the United States. More specifically, the 25-year rule means that a car can’t be imported until it has met that age threshold.

Therefore, the first-ever produced R34 that was said to have come off the assembly line in January 1999 won’t be able to be legally driven on the streets here in America until January 2024 in the majority of cases. That date is coming up fast. However, enthusiasts who are absolutely craving these machines don’t want to wait that long.

Let’s just say that where there is a will, there’s away.

With that, a company by the name of MotoRex stepped up big time for the community in order to import the cars. MotoRex machine would come with quite the price tag as the importer had to go through a long sheet of steps in order to make sure that these cars would be legal here in America.

Long story short, there were only a little bit more than a dozen cars that would make it through the process.

As one might imagine, there’s sure to be some sort of drama over importing highly sought after and ultimately expensive vehicles in the states. The story of importing the Nissan Skyline comes with so much more than one may imagine, though. We’re talking kidnapping, stolen cars, and lots of controversies.

These days, people will even smuggle them in as contraband just to avoid that 25-year rule. However, to this day, there are still only a handful of MotoRex cars that are legal to drive on the streets. Everyone else has to wait just a couple of more years until we will legally start seeing the model more abundantly at car meets around the country.

Down below, on the VinWiki YouTube channel, Craig Lieberman spills the beans on some of the R34 drama that has happened over the years. 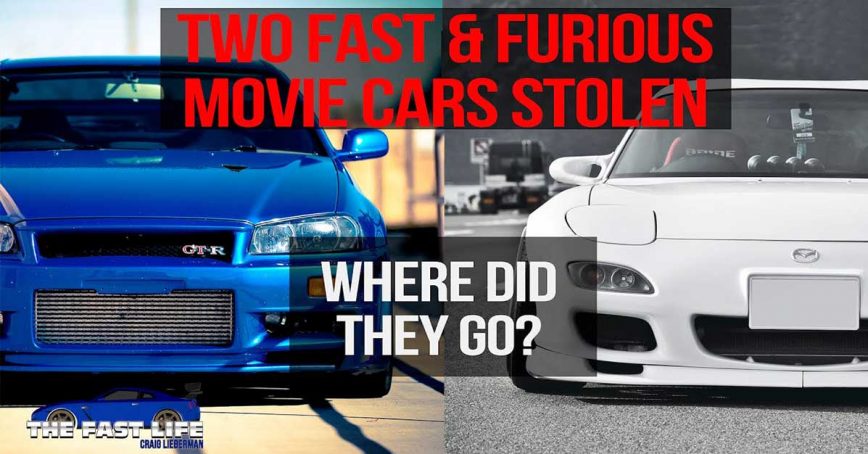