The Jeep Gladiator is Going Diesel, Step Inside for Full Details

The Jeep Gladiator is Going Diesel, Step Inside for Full Details

When Jeep announced that they would be making their way back into the pickup truck ...

When Jeep announced that they would be making their way back into the pickup truck market once again, it definitely shook the enthusiast community. We couldn’t help but wait and see what exactly it was that Jeep would concoct to replace the last pickup truck the brand had made in the Jeep Comanche. Certainly, it was a high mark to live up to as Jeep’s last pickup has developed a cult following.

In a similar vein to the Comanche, we would see Jeep expand upon one of its pre-existing models for the Gladiator. This time, though, thankfully, the Gladiator didn’t borrow design from the modern Cherokee as the Comanche did. Instead, we would see something that looked familiar but it took on the face of the Wrangler instead.

From the get-go, it seems as if opinions surrounding the model were was rather polarized. However, I guess that the numbers would stand to show the folks at Jeep that it is time to keep moving forward. Generally, as we see the lineage of certain models play out, a successful launch will eventually yield more trim levels and even different power sources.

For the Gladiator, that seems to be the case here as fans will be getting the answer to their prayers in the form of a diesel engine. It seems like no matter what vehicle we’re talking about, in the world of trucks, if it doesn’t have a diesel engine, the fan base behind the model is asking for one.

The 2021 model year will offer a 3.0L EcoDiesel V6 engine, with a best-in-class torque figure of 442 pound-feet. It’ll also allow those who choose this configuration to get up to 28 mpg on the highway. As this is a jeep, that’ll make for an interesting combination when it comes to crawling through the trails. In addition, a little bit more power never hurt anybody when it comes to being able to pull a little bit of cargo.

Down in the video below, we get the full rundown from the crew over at The Fast Lane on what exactly it is that we can expect when the diesel-powered Jeep hits the streets. 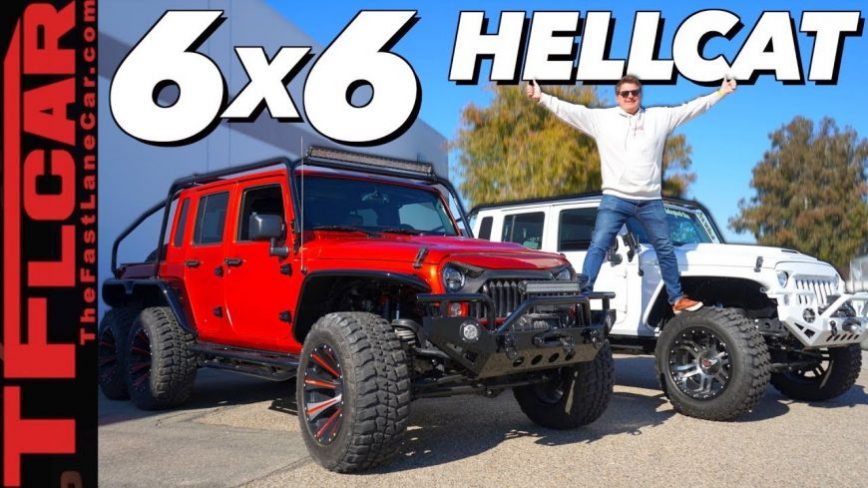