For the Jeep Wrangler, consumers tend to look for different features than they do in ...

For the Jeep Wrangler, consumers tend to look for different features than they do in the majority of other vehicles. Even the most optimistic fans of the SUV would consider the machines to be quite basic. They’ve still managed to stay at the top of their game, though. According to those who make sure vehicles are safe for the streets of Europe, the Wrangler is in for some bad news, though. While the beauty in the Jeep might be its off-road capability and simplicity, it looks like even this beloved beast might need to evolve.

Along with the rapid growth of technology has certainly come the equally rapid improvement of safety in what we drive. This doesn’t only consider what vehicles are able to do once they impact another. We’re at the point where our cars are considering ways to prevent an impact at all. Many of these features are left behind when talking about the Wrangler, though. As a machine that really prides itself on being minimalist, the SUV doesn’t incorporate many electronics. Because of this, the Euro NCAP decided to dole out a one-star rating to the Wrangler. This comes on the heels of a perfect side impact test result, even when considering removable doors.

It seems like the down and dirty of the whole thing has the rating hinging on a lack of “modern active safety equipment.” This kind of equipment might include automatic emergency braking or active lane control. According to the NCAP, at least, vehicles need to evolve with the times. It wouldn’t appear as if being able to protect the occupants is really enough anymore. Other factors that are considered aside from adult and child occupant testing are the likes of pedestrian safety and these modern safety assists.

The Jeep did manage to grab right at 50% of available points in the test but it could do better in the eyes of the agency.  Perhaps the future is brighter, though! FCA says that they have some upgrades in the timeline. From what we understand, they’ll be looking to add some of this active safety equipment to certain models in 2019.

America’s government and nonprofit agencies who lead this kind of testing, in the NHTSA and IIHS haven’t put the 2018 Wrangler through its paces yet. It might be important to note that America’s safety ratings have been known to be a bit more lax than those from across the pond. We would probably say that the Wrangler would rank a bit higher here in The States.

Comedian's Rolls Royce Gets Destroyed By A Drunk Driver 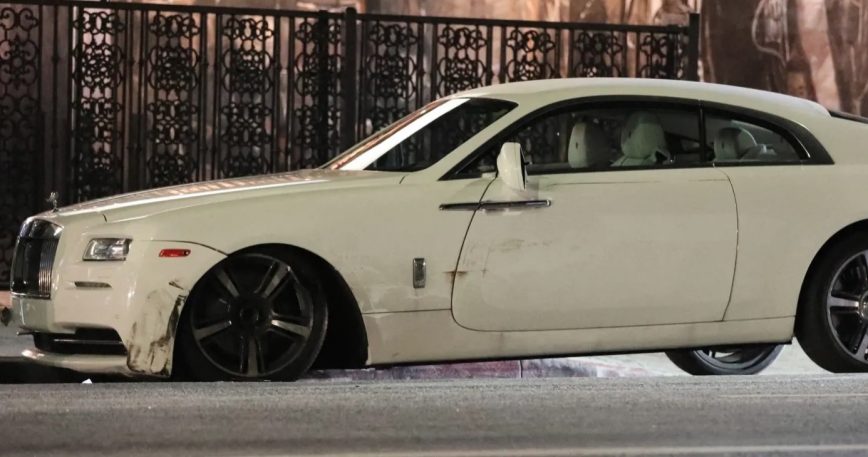