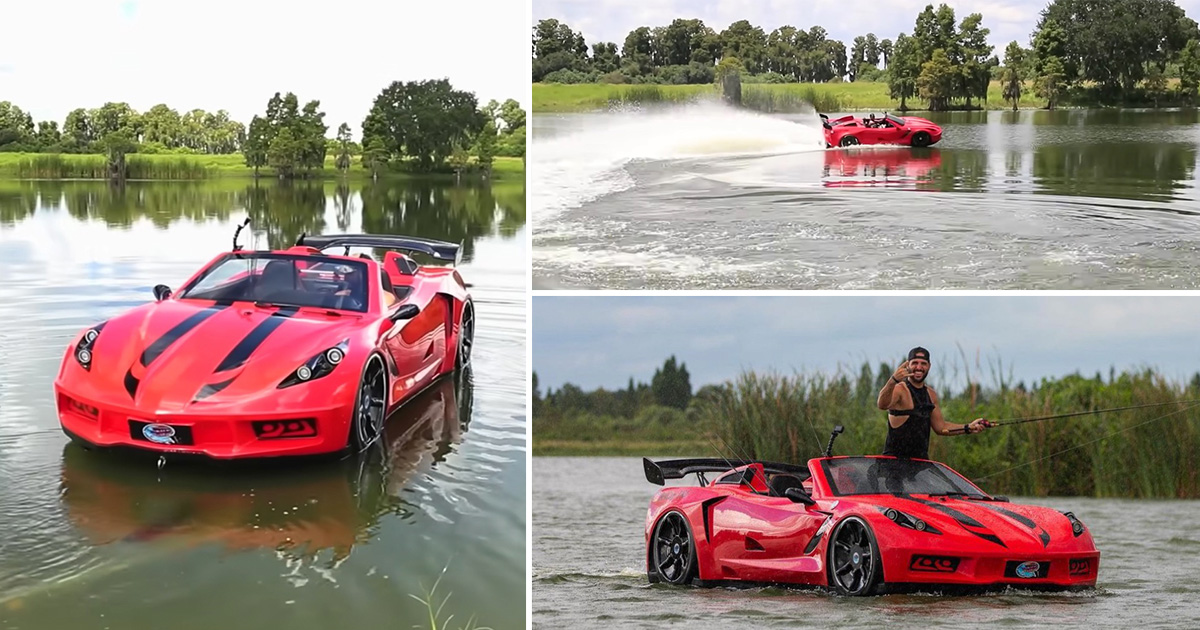 There are a lot of creative people out there in this world and with the help of platforms like YouTube, they are all gaining the recognition that they deserve. This time, we take a look at a pretty awesome product put together by a company by the name of Jetcar USA. The idea that they had here was to take the likes of a jet-powered boat and combine it with the body of a Chevrolet Corvette.

Something like this has the potential to go incredibly wrong but fortunately, the folks behind this one made the concept into something incredibly awesome.

We have to say, the idea for the floating supercar is rather simple. The execution, though, really has blown away as it creates something that is certain to turn heads. In fact, when Jiggin’ With Jordan loaded the Jetcar on his trailer and towed it to the swamp to play around a little bit, he said he had people on the highway honking and telling him that he left the roof on his Corvette open, not realizing that it was in fact, a boat.

Something like this looks like an absolute blast to use on the lake or on the bay. Just imagine ripping around and carving through those waves in this bad boy. We have to warn you, though, because it always does take a moment for the brain to really register the fact that it sees a C8 Corvette flying across the top of the water like some sort of levitating act.

In the video below, we get to check in with a machine, unlike anything you’ve seen before. After seeing what this monster has the offer, be sure to tell us what you think of the half-car half-speedboat.

« California Government Claims Diesel Trucks are Racist, Looks to Ban Them by 2035