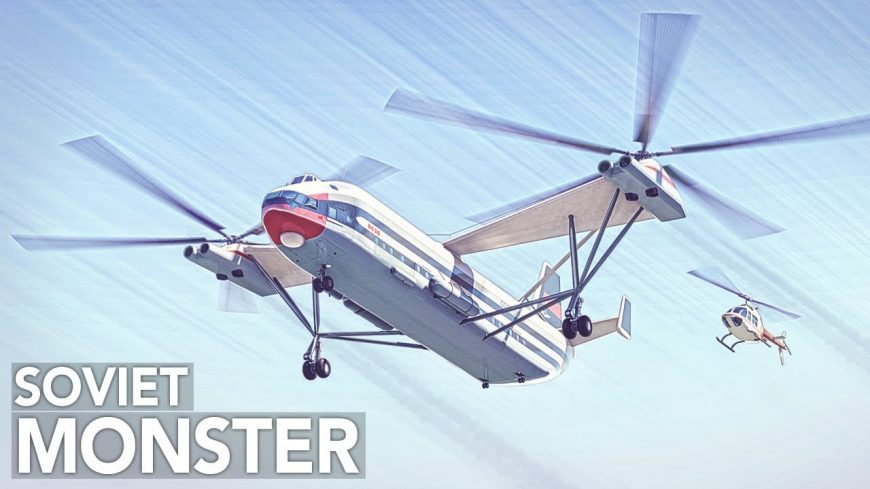 The bigger the job, the bigger the equipment needed to get that job done in an efficient manner. However, at some point, we might think that this trend has to provide diminishing returns, right? One can’t simply keep on going and making things bigger and bigger… Or can they?

If we head back to Soviet-era Russia in the 1950s, apparently, they were of the opinion that one can just build much bigger if the need arises. They really showed this through a helicopter that would go by the name of “Mil V-12.” The unit was an absolute monster that really dwarfed just about anything on the market and seems to be much bigger than anything that we see, even these days.

To this day, the concept holds an unbroken record for lifting power as the record books sit at the end of 2020. Just imagine that. 70 years’ worth of technology and innovation hasn’t quite been enough to overcome the power from this insane machine. We’re not exactly sure if that’s because nobody has really found the need to create that much lifting power or if they weren’t able to. However, regardless of the circumstances, this monstrosity is still the strongest of its kind all of these years later.

As time has gone on, though, it turns out that the massive machine would become a victim of time. Ever since the idea was brought up, it seems as if the helicopter quickly faded away into obscurity to the point where it’s only brought up to talk about how awesome it was but never how it was used. Even if this thing never really made its presence felt in the real world, it’s still too cool to ignore. Just imagine the possibilities with a monstrous helicopter like this at your fingertips to move whatever needs moved!

« Mercedes-Benz’s Massive Unimog U500 is the Ultimate Pickup Truck