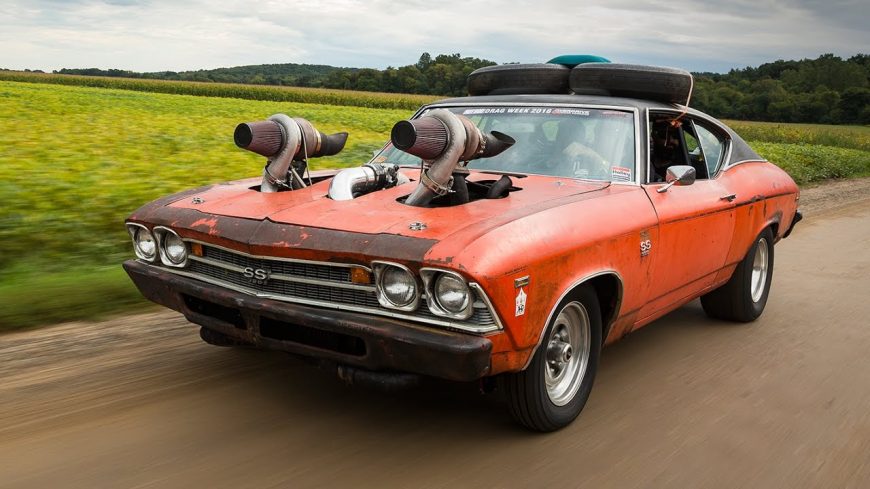 Of all the cars competing in the Hot Rod Magazine’s Drag Week 2016, few got more attention than the Aussie Chevelle. This barn-find Chevrolet from Down Under, featuring a rather unique turbo mounting location, was nowhere near race ready just a few weeks before Drag Week kicked off, but the four mates that made up the team thrashed to get the 1,300 HP twin turbo bullet dropped in and ready to race, literally just in the nick of time.

On day one, after working out the kinks in the car’s tune, the team finds themselves standing on the threshold of the 8-second barrier with a best ET of 9.06, so for day two, hopes are high as they head to Summit Motorsports Park. With a little more fine tuning on the power management, the Aussies are able to jump way off in the 8’s with a best ET of 8.84. They then head to Martin Michigan’s US131 Motorsports Park, where they rip off an 8.90, followed by a team-best 8.77 on day four in Indy. They cap the week fighting traction issues at National Trail Raceway, only able to muster a 9.19, but that’s good enough to give them a week-long average of 8.95, a killer number for a surprisingly stock car.

Check out this video, that follows the progress of the car from bone stock barn find to insanely quick street car!