Recently, we have seen some interesting boats that have been inspired by automobiles. ...

Recently, we have seen some interesting boats that have been inspired by automobiles. Whether it’s the Lamborghini 63 Teconmar or Bugatti’s rendition of a superyacht, sometimes, these things are really enough to blow us out of the water as they offer amenities that most can only dream of.

However, boats that are directly inspired by cars aren’t necessarily anything new. The concept might not be one that ever caught on in mainstream boating. The idea of pulling the favorite design features from a car and transplanting them into a boat is something that has been happening for years, though.

This time, over on the VINWiki YouTube channel, we meet an individual by the name of Doug, from the switchcars YouTube channel, who became incredibly interested in the market of the floating Chevrolet Corvette. The concept of creating this sort of Corvette boat kicked off in the year 1997 when 125 units were produced with a modded Callaway LT1 designed to be able to be used in the water.

However, according to our storyteller, these boats weren’t exactly very reliable. Shocker.

However, when the opportunity came up to be able to purchase a boat based on the C6 Z06, he couldn’t help but try to hop on one. Fitted with the same LS7 and interior that one would find in the iconic sixth-generation Corvette Z06, these machines are pretty neat. The 505 hp would even be enough to help them be pretty quick on the surface of the water. However, Doug would quickly find out that there were a variety of different design flaws that would really hold this thing back as a functional watercraft.

Eventually, after doing lots of research, Doug would pick up the C6 inspired boat for a price of $35,000. While that might seem like a good amount of money, it’s nothing compared to the $125,000 that this model commanded when new.

Below, we hear the story about how the boat’s custom trailer wasn’t really designed for long hauls and how the boat didn’t even have cleats on board in order to tie it up to a dock. At the end of the day, this thing seems to be more of a collector’s piece than a functional boat. However, that certainly doesn’t curb the cool factor. We just can’t help but want to learn more about a machine like this and feel the need to see it in action. 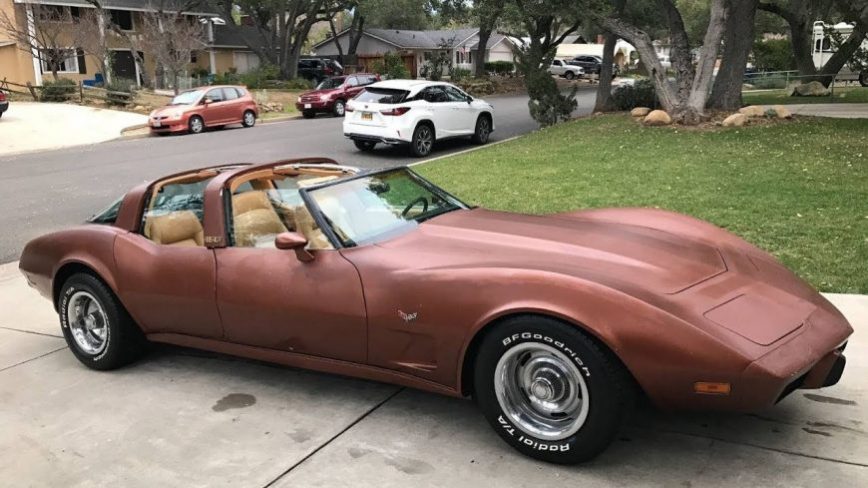