The Lincoln Navigator Concept is a Massive, Luxurious Land Yacht 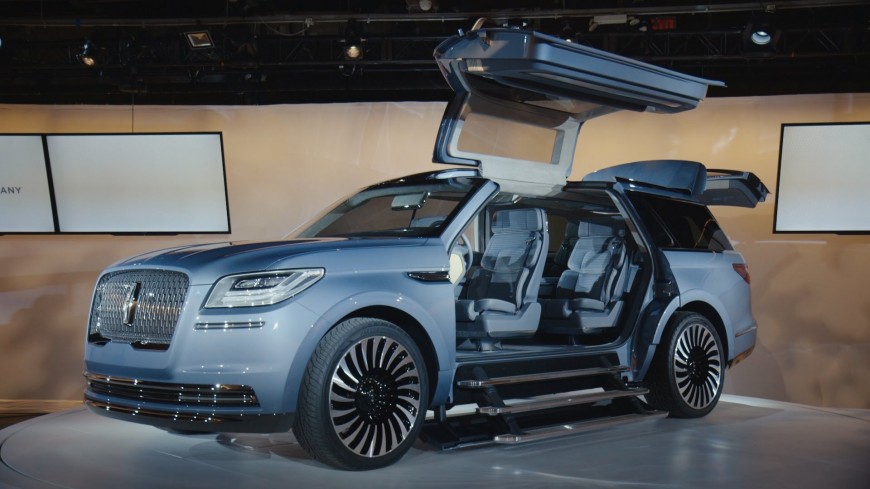 Among the vehicles at Lincoln, the Lincoln Navigator might just be the most recognizable. The SUV has served as a massive rolling luxury machine for the span of its existence.

This year, at the New York Auto Show, Lincoln unveiled its latest plans for the dominant body that the SUV has become known for.

To say the least, the latest boat-inspired rendition of the truck is a far cry from the former models of the Navigator that we’re used to and that’s definitely a step in the right direction!

In contrast to other luxury brands that might be a little bit more aggressive, the Navigator shoots for a soothing kind of high-end plush elegance, bringing all the elements together in a rather large and unapologetic package.

Check out the video below that will give you a better idea of what you can expect when this thing finally hits the market. Do you like the direction that Lincoln is going with their brute of an SUV?