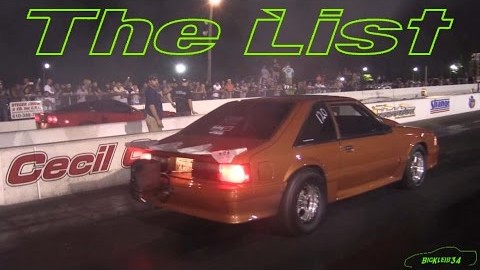 As popularized by Street Outlaws, the concept of a list for the top competitors in an area has been gaining more and more traction.

The latest to hop in on the phenomenon, as seen in this video, is Cecil County Dragway. The first night of fast paced action consisted mostly of qualifying, but after the dust settled, a few callouts were made.

In this particular challenge, the third place, and second place cars have at it as a Chevy vs Ford battle sends Anthony Leone’s Ford Mustang and Fran Schatz’s Chevrolet Corvette down the track.

Check out the video below as the race comes right down to the line, but the number two seed is able to retain his position. Things should be very interesting in the coming weeks. Stay tuned.

Watch as a built C6 takes on a Roush Mustang!