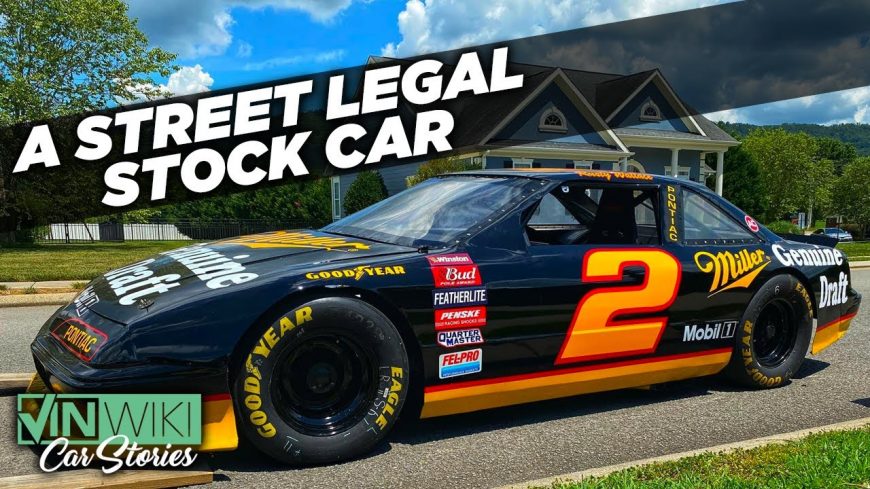 I think that it might be just about every kid’s dream to drive around in a stock car. Let’s just get rid of one misconception, though. That dream doesn’t stop once you turn 18. Instead, we think that most of us here in the car community would absolutely love the opportunity as well.

As it turns out, though, these things aren’t exactly growing on trees. Instead, for those who want to procure their own stock car, it could be rather expensive. In order to make it street legal, it would be even more expensive. However, we can’t help but sit here and wonder just how awesome it would be to be able to drive around something in the streets that was on a NASCAR track.

This time, we get to ride along with just that story as the recurring personality by the name of “Rabbit” joins the VINWIKI crew to tell us a little bit about his experience with a Rusty Wallace stock car.

When he got this thing, he tells us that it was completely against everything that he believed in. However, he still found it pretty cool even though he wanted to get it out of the collection immediately just to make a profit on it. When push came to shove, though, that’s not exactly what happened as the Rusty car ended up sticking around for a little bit longer than he had expected.

By following along with the video below, we get to hear about the experience that not too many get to take part in. Owning a road-legal NASCAR stock car that was actually driven by the one and only Rusty Wallace is really a once-in-a-lifetime opportunity. As it turns out, Rabbit really seemed to make the most of it even though he might’ve been just a little bit hesitant at first.