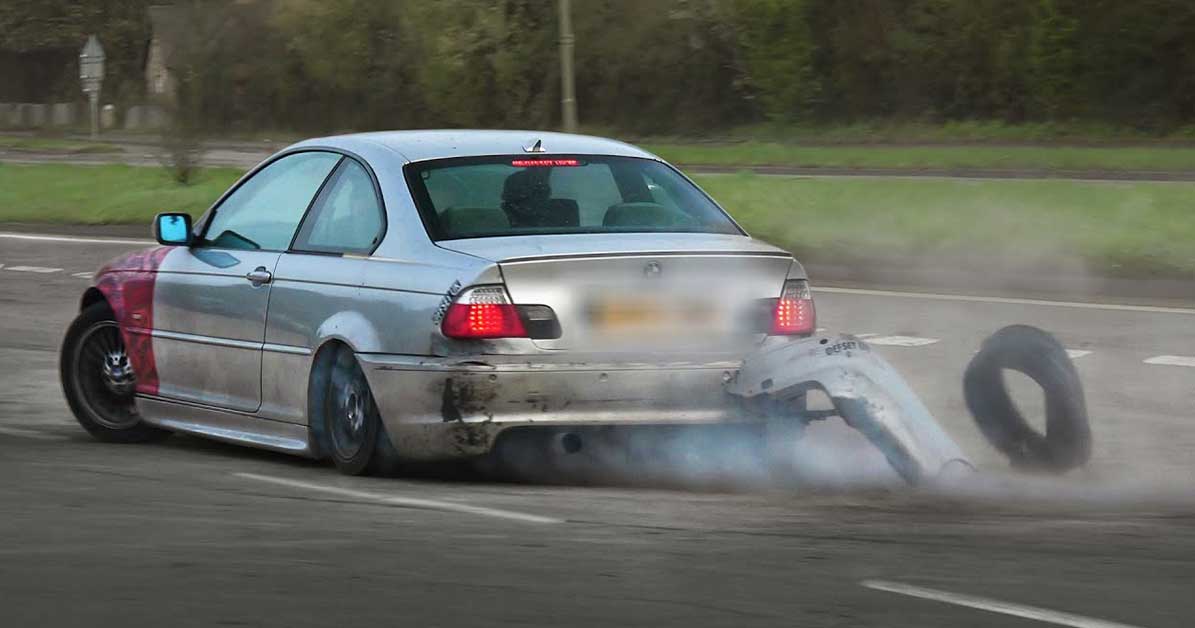 Part of the appeal of having a high-end car is the idea that it’s going to draw a lot of attention. At the end of the day, purchasing such a car isn’t 100% about the attention that comes with it. I don’t think that there are very many people who buy a bright red Ferrari, though, who doesn’t anticipate the crowd looking in their direction but I digress.

As it turns out, though, you don’t always need a Ferrari to draw the attention of a crowd. This time, we check in with a variety of folks who were leaving car shows this past year and decided to do something special for the crowd. In order to earn the approval of their peers, or so these drivers thought, they would do a variety of different aggressive driving maneuvers when exiting car shows.

For anybody who has ever watched these sorts of videos on YouTube, they know that this is a risky spot to be in. Sure, it might feel good to rip a burnout in front of a big crowd of people, letting them all hear your car scream. However, if you don’t know what you’re doing, this could be a formula for disaster. Something that’s designed to give you a dopamine rush could quickly turn into a situation where a driver is hopping over a curb and into a wall.

Down in the video below, AdamC3046 takes us to the scene of a variety of different car show exits gone wrong. This is definitely not a spot that any auto enthusiast wants to be in and definitely the reason that a lot of folks are going to just quietly leave a car show instead of trying to show off. After checking this one out, we think that some may reconsider sliding their car sideways when exiting a car show!