The Most Extreme Barbie Jeep Racing Yet! 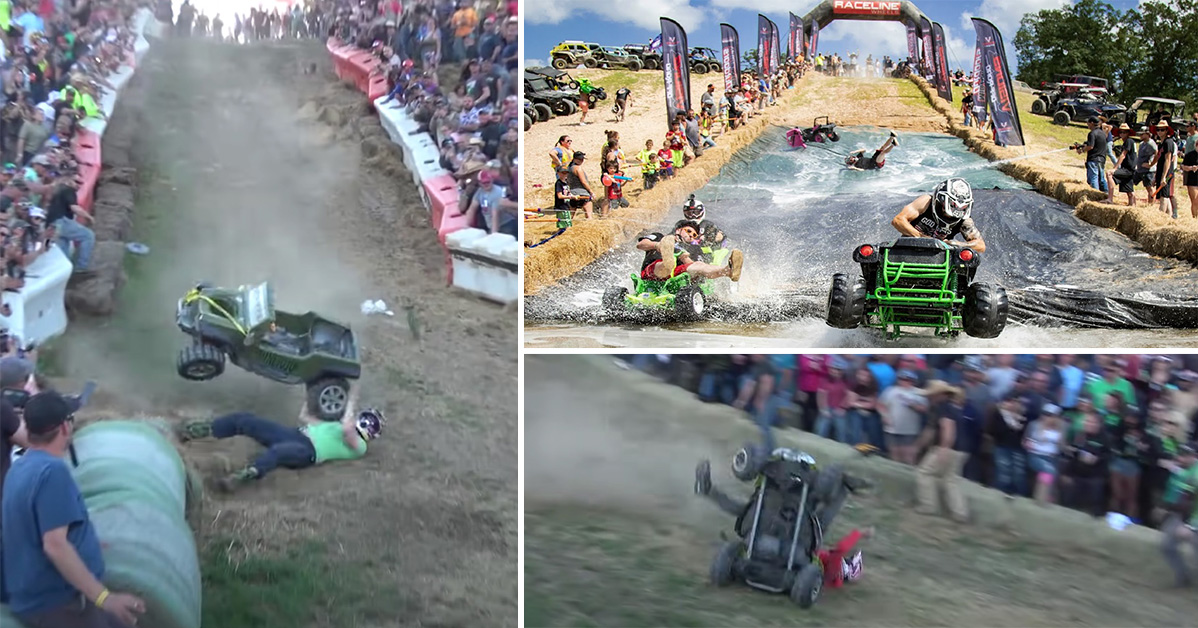 If you have never seen the all-out downhill adrenaline-rushing action that is a Barbie Jeep race, allow us to introduce you to the party.

Basically, the concept here is that a bunch of ready and willing adults, some of whom may have a little bit of liquid encouragement on their side, all go at it with a massive hill, attempting to descend the incline in a racing format, each of them wielding a Barbie Jeep, much like that Power Wheels contraption that your youngster might be driving around in. The concept is that competitors not only keep themselves in their vehicles as they barrel down the hill but also to be the first one to make it to the bottom of said hill.

It might sound pretty straightforward but trust us when we tell you that it’s a LOT more complicated than it sounds.

This time, we catch the latest and greatest of Barbie Jeep racing action as a whole collection of folks mount up on their children’s toys and get ready to tackle this hill at full steam ahead at the Rednecks With Paychecks event. Now, you might be wondering what the big deal is because on the surface, it might not sound like something that’s very difficult to partake in or something that even has all that much appeal. However, when you tackle this competition, you’ll be able to see just how much these folks are really putting their bodies on the line here.

Follow along in the adventure down below as brought to us by rekjavicxxx and Busted Knuckle Films that takes you to the scene of this extreme Barbie Jeep racing action and really shows you how these folks throw their bodies down the hill with no regard for their own safety! This competition definitely has to come with its fair share of scrapes and bruises that go alongside the potential for even bigger injuries. In fact, if you get yourself tied up in this one, it looks like you’re practically begging to get a couple of good licks. Follow along with all of the tumbles in the flick below!