The Most In-Depth Look That We’ve Gotten of the Ram TRX so Far! 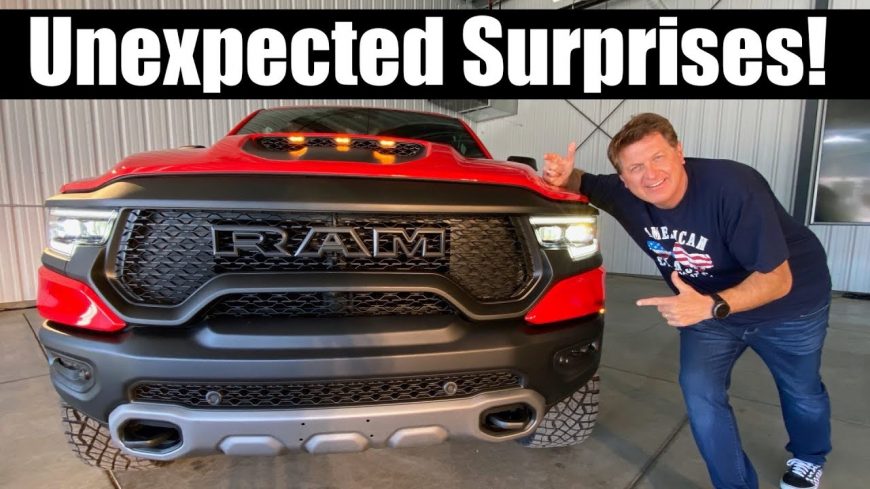 There is a very interesting phenomenon among us.

Just last year, there was pretty much one automaker in the performance pickup truck market. We’re talking, I’ve course, about Ford with the likes of the Ford Raptor. The Raptor has been an awesome truck over the years and really provided us with an outlet to have an option for a pickup truck that’s a little bit sportier and capable for someone looking for something that performs well.

However, whether we’re talking about pickup trucks or paper towel rolls, a little bit of competition will always make a market better. This is where Ram decided to step in with the likes of the 1500 TRX. For those who missed out, the model is essentially a direct competitor for the Raptor except it comes with a dose of 700 hp. No matter which way we slice it, the equation results in something that’s pretty darn cool if you ask us. In fact, apparently, Ford even thought is was cool as a leak would soon follow alluding to the idea that they’ll be stepping up the performance of the Raptor big time, as well.

With such an offering, we can’t help but be a little bit excited and want to find out every last detail that we possibly can about the TRX. In order to help out with that endeavor, this time, the guys over at TFLTruck were able to really get up close and personal with the 2021 Ram TRX at the model’s “First drive” event. At the event, they got the entire breakdown of the truck from top to bottom and even inside. We aren’t talking about the interior but instead, the folks from Ram offered up a cutaway to really allow us to get an idea of the parts that are making such a monster tick.

By following along with the video below, we get the best and most informative view of the TRX yet. If anything else, this in-depth dive really serves to make us even more excited about the truck that already built a ton of hype.