The Most Pathetic Motorcycle Crash We Have Ever Seen

The Most Pathetic Motorcycle Crash We Have Ever Seen

Sometimes, there are situations in life which are just stupid little blunders that ...

Sometimes, there are situations in life which are just stupid little blunders that aren’t really a big deal at all when you think about it but to think that somebody was there and recording them really gives you a little bit of anxiety. Nobody wants to live their blunders over again.

This is one of those situations as a first-time rider heads out to the streets on a brand-new Kawasaki Ninja 650 and it doesn’t really take very long before he ends up learning the hard way what an accident feels like. In fact, he barely makes it down the street before falling down!

Check out the video below as the novice rider ends up navigating his way to the opposite side of the street before falling over thanks to a pesky curb. Unluckily for him, someone just happened to be recording from a balcony above and whether he likes it or not, he will get to relive this moment in time over and over and over again. I hope this guy is really prepared to be the butt of a joke for quite some time.

The Slowest Motorcycle Fail Ever Caught on Camera 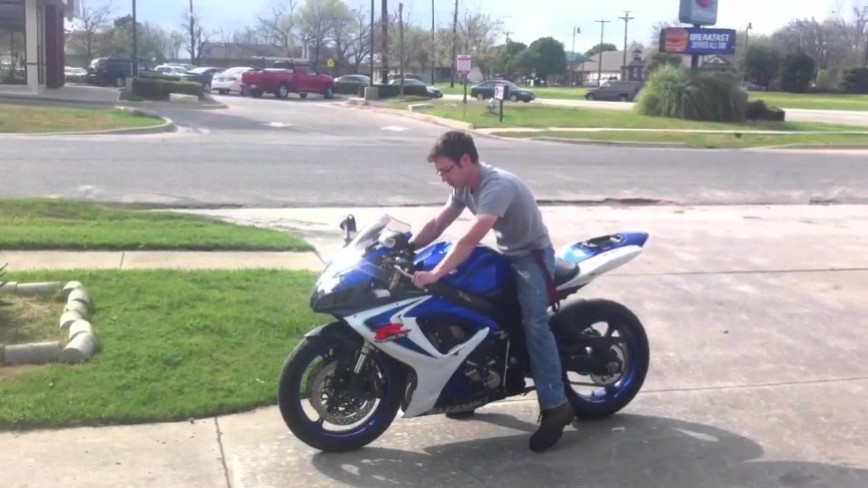