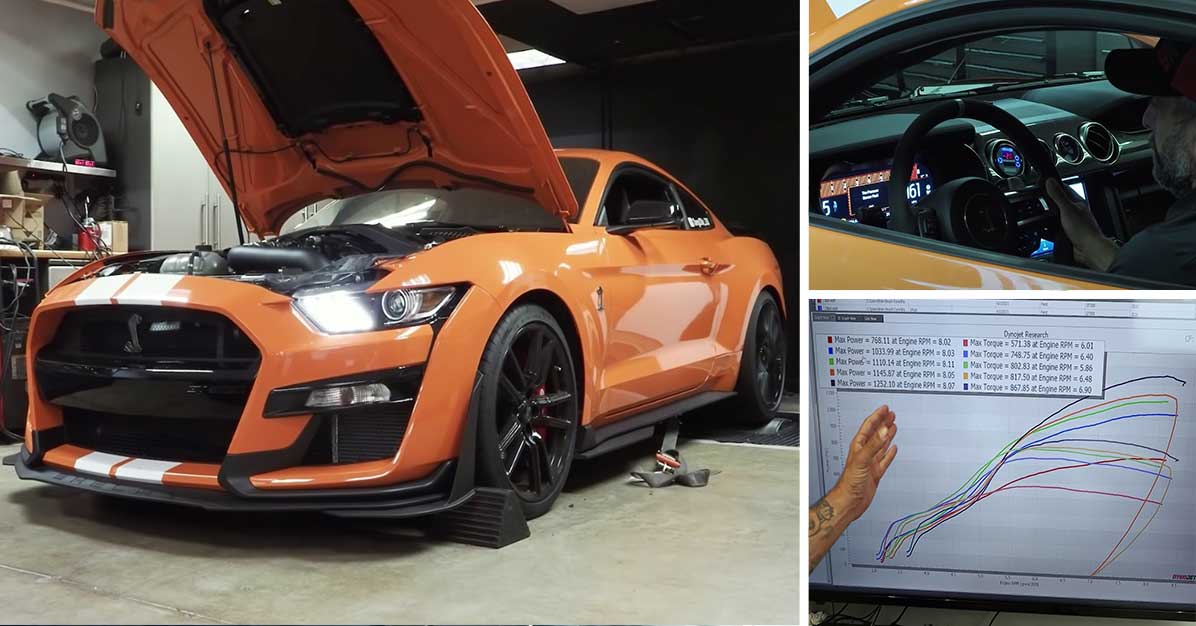 There are some cars that, straight out of the box, really make enough power to turn some heads. The 2020 Shelby GT500, for example, makes 760 hp. For the vast majority of people, that’s going to be more than enough. However, there are some enthusiasts among us who just can’t settle for a factory performance vehicle. Instead, some of the power fanatics among us just can’t help but turn it up a little bit!

This time, we check in with a 2020 GT500 that started out making some major steam out of the box. However, the folks behind this one have definitely decided that the 760 hp from the factory simply wasn’t enough.

They weren’t about to do some basic modifications, either. Instead, the car receives something that’s just a little more serious. The heart of the build includes a Hellion twin-turbo kit. The kit was originally created for the Coyote Mustang application. However, with a little bit of tweaking here and there, it has been modified to be able to fit the GT500 as well.

Down in the video below from Palm Beach Dyno, we tune in and watch as the car gets a little bit of love on the dyno rollers. With each and every pull, the machine is turned up, starting out at 768 hp before inching its way past the 1000 hp mark. When all is said and done, though, the car is capable of making 1,252 hp at the rear tires with 860 pound-feet of torque.

Just when we thought the GT 500 was a monster in factory format, along comes a machine like this that really makes things a bit more seriously. At the end of the day, we can’t help but feel like whoever is behind the wheel of this insane monster is going to have a perpetual smile on their face.