Nine times out of ten, if you have two identical cars with one boasting a manual ...

Nine times out of ten, if you have two identical cars with one boasting a manual transmission and the other with an automatic, the automatic transmission fitted vehicle is more likely than not going to be the faster option. As a computer is shifting the car instead of a human being, obviously, the consistency is going to lie clearly in the favor of one competitor. However, when you take a look at cars like this, it’s really easy to understand just how alluring a stick shift machine can be. Just imagine being behind the wheel of this monstrous Corvette.

In this one, BigKleib34 cameras follow the action down in Charlotte as Street Car Takeover invades zMax Dragway. In this video, the topic of discussion is none other than Jared Cocanougher’s gnarly ProCharged C5 Corvette but this isn’t just any old C5, but instead one you might recognize as one of the cars that has been a strong competitor in the battle of taking home the record as the first ever General Motors machine to be manually shifted into the 7-second range. While it’s not quite there yet, Jared does tell us that the car has ripped off an 8.25-second elapsed time in the quarter and he’s still ironing a couple things out.

If you follow along in the video below, you might just sway your opinion if you were leaning into the automatic camp because something like this certainly makes rowing gears look like a lot of fun. It’s going to be interesting to see where this thing goes as it’s currently sitting with a relatively new combination and already blasting home passes that are sure to make everybody in attendance raise an eyebrow and wonder what exactly is under the hood of that shining black Corvette. If you follow along with this one, you get that just that information and more as we learn a lot about what this monster of a machine has to offer. 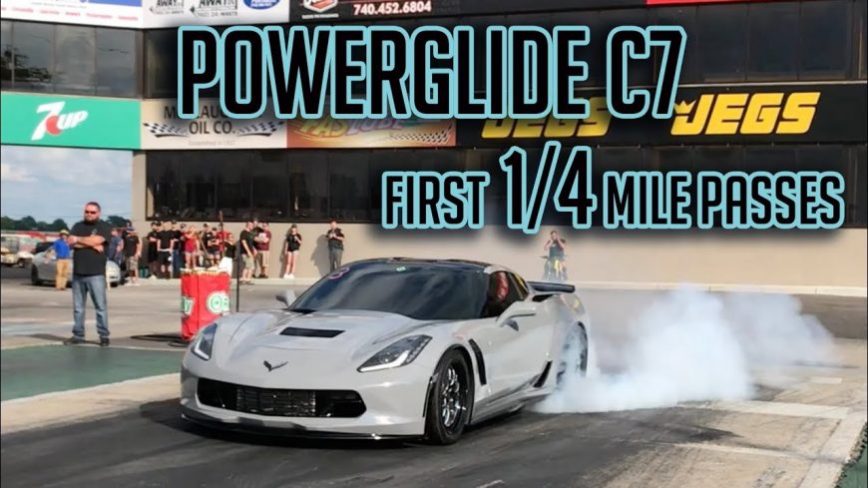