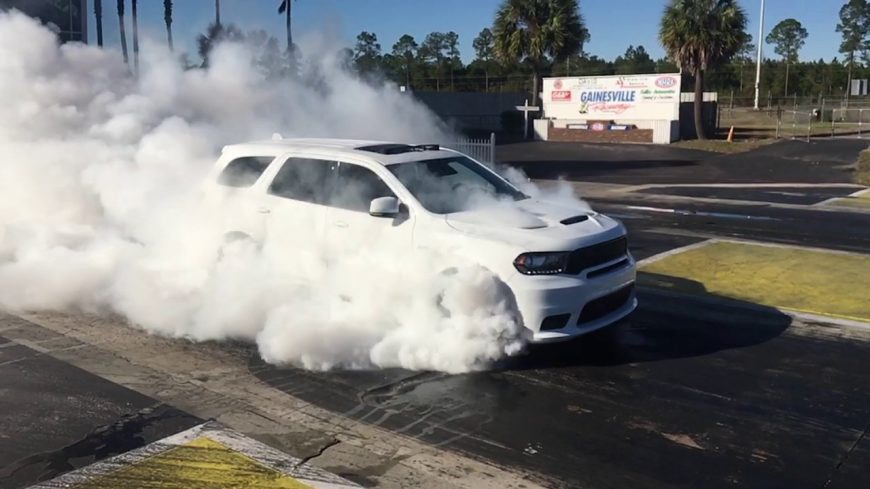 While everyone is trying to get a leg up these days when it comes to competition in the automotive marketplace, Dodge really has managed to come out with some vehicles that are pretty big head turners, taking convention and flipping it on its head to come up with something new.

This time, we take a look at the 2018 Dodge Durango SRT. The truck was quietly released, not drawing anywhere near as much hype as it’s little brother, the Dodge Demon, but from what we have been hearing, it will most definitely be a vehicle that you’re going to want to keep your eye on. Dodge has seemed to figure out a knack for releasing those kinds of rides lately.

While Chrysler has maintained a performance SUV in the Jeep Grand Cherokee SRT8 for a sizable run, it’s about time that the Durango be rolled out with a performance package and that’s exactly what we see here with the 475 hp, 470 lb-ft of torque monster in the 2018.

Check out the video below that has the all-wheel-drive animal chained up and ripping a nice and smoky burnout. This is a nice hype video for an SUV that promises to blast down the dragstrip to the tune of a 12.9-second pass, if what Dodge says is accurate, that is. This Durango will definitely be one that could prove to be a game changer.