The NEW 2020 BMW 8 Series Has Been Accidentally Leaked 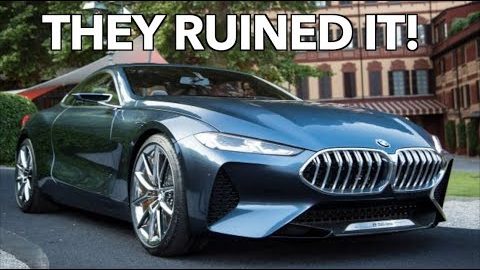 Over the past few years, the Consumer Electronics Show (CES) in Vegas has become sort of like SEMA for televisions, phones, and drones. While the show wasn’t exactly boring, it has taken a step into being more of a production than just a trade convention. This seems to have drawn a lot of attention from brands that aren’t necessarily manufacturing small appliances and devices, like automakers. Always in search of a platform to launch new vehicles, a few forward thinking automakers have included CES as an annual part of it’s show circuit, using the show to reveal their most modern and innovative rides.

Parker from Vehicle Virgins has compiled some of the biggest auto industry news from the show for us and thrown together a video with some imagery of the latest and greatest from the 2018 CES show. The biggest bomb comes toward the end of the video, where Parker shares leaked images of the new 8 series BMW, lamenting the typical watering down the 8 has undergone since the concept car was revealed last year. While I understand BMW wanting to appeal to as many potential buyers as possible, I have to agree with Parker; the edgier, more aggressive concept design would have done more to shake up the brand’s somewhat stale lineup. I guess there’s always 2019, right?

There is also news from Fisker, a brand that I honestly thought had folded after the Karma had so many issues. Again Parker and I agree on the Karma being a great looking car – though I wasn’t a big fan of the debonair mustache grille – that was plagued by reliability issues that ultimately resulted in Fisker falling off the map. However, they’re back with a more aggressive looking ride that promises to deliver some solid performance and range numbers. We’ll see if their claims about revolutionizing battery tech come to fruition.

Hit that play button and find out about the rest of the car-centric news from CES, delivered as only Parker can!