It’s no secret that Devel builds ridiculous, over-the-top cars that look, run, and ...

It’s no secret that Devel builds ridiculous, over-the-top cars that look, run, and sound amazing. These guys don’t know the meaning of the word compromise, and they build some of the most insane cars we have ever seen.

Besides the seemingly implausible Devel Sixteen – you know, the one with 5000 horsepower and that is supposedly capable of speeds of 500 MPH – they also build… This. The Devel Sixty is an asinine cross between a Hummer, an earth mover tractor and a futuristic police SWAT wagon.

With over 700 horsepower on tap in the base model and other iterations capable of putting down 1,500 ponies that will be available soon. According to this video from YouTuber Mo Vlogs, not only can you order a version with the boosted horsepower levels, you can also have it outfitted fully in carbon fiber, among many other custom touches.

We’ve already expressed our skepticism about the Sixteen and whether or not it will ever come to market for sale or if it has just been a hype-building tool to help the company raise capital. However, with a seemingly fully functional demo model on hand – we never saw the Sixteen move under its own power, if you recall – we have to assume there’s something coming down the pipeline as far as the Sixty goes.

We do get to see the Sixty take to the drag strip, where it takes on a couple of pretty badass Benz’ to see if the 700 horsepower engine is enough win out over the AMG GTS and the badass G-Wagon that line up to take it on head to head. You can see from the footage, the Devel digs hard out of the hole thanks to the six 40” tall tires clawing at the track and continues to scream down the track, holding off both Mercedes to take the win.

We’ll have to wait and see for sure if Devel brings this ride to market too, but it sure does look like they’re really close to having this thing ready to build for the public.

The 5000HP Devel Sixteen Might Just Be The Worlds Craziest Supercar! 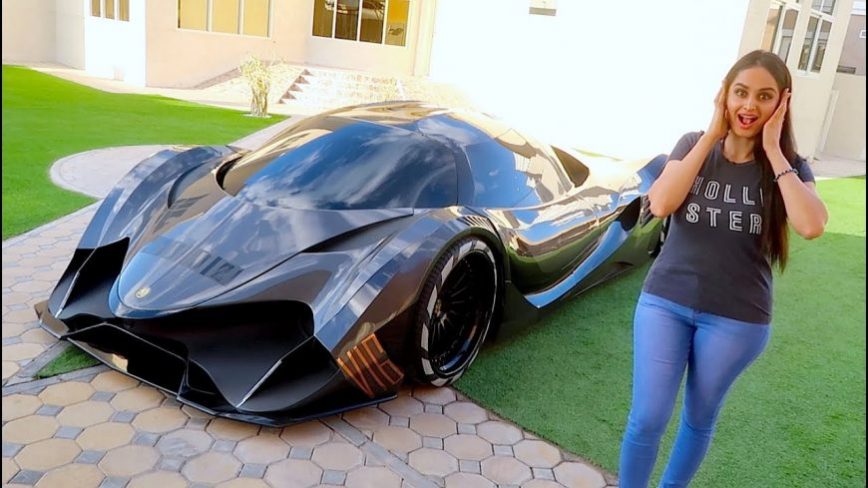