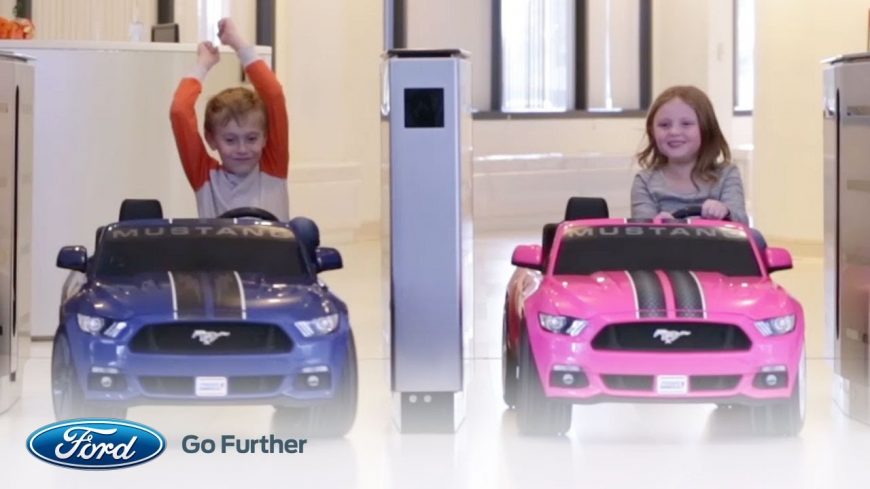 In this day and age, automobiles are getting incredibly advanced and right alongside them, it looks like kids’ toys that emulate these automobiles are getting pretty complicated as well. This video shows off the latest Ford Mustang Power Wheels and the miniature monster is hooked up with some pretty tricky features that really indicate the fact that we are now proceeding into the future.

Instead of just being a plastic body with a motor that lets kids hit the gas and go, the latest line of Power Wheels includes the likes of an LED interface that indicates battery level and allows speed change, a system that determines what angle the car is on to cut out the throttle if the child driving gets in a dangerous position, and this thing even has traction control. TRACTION CONTROL! Who would have ever thought that this would be a thing?

One could probably argue that they’re going a little bit overboard these days with the features that they’re putting into these children’s toys but personally, we think that all of the new technology that has been invested in these miniaturized rides it’s pretty darn cool.

Check out the video below that shows off the Power Wheels Smart Drive Mustangs and tell us what you think of all of these new features. I wonder if the traction control will continue to work if you do the 24-volt upgrade to one of these neat little machines.