The New Tesla Roadster Has Been Spotted By Kids On A Race Track! 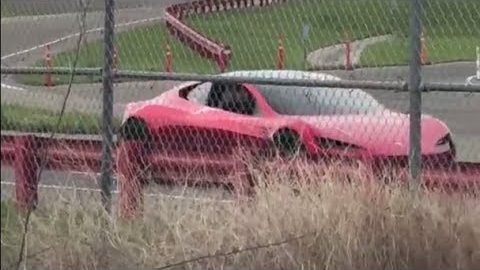 Tesla shocked the world – sorry about the unavoidable pun – when it announced the 2020 Tesla Roadster a few months back. The new car, touted to be the quickest-accelerating production car ever built, was announced shortly after Dodge’s Challenger SRT Demon went into production, giving the Detroit carmaker little time at the top of the heap when it comes to straight-line acceleration.

Not much else has been seen or heard about the Roadster, which isn’t really all that surprising since it’s not expected to hit the road until the year 2020. However, it would appear Tesla has been quietly working to get the car ready to go into production, as this video shows. These kids just happened to be the Tesla test track outside their factory in Fremont, California and caught the Roadster in action making an acceleration run. It’s hard to gather any real intel about the car other than it is clearly the roadster we’ve seen in all of the promotional material from Tesla, and it looks to be pretty damn quick, as promised.

I’ve always had a hard time judging the acceleration of electric cars because I’ve always been conditioned use what I’m seeing combined with the revs of the engine to judge how quickly I think a car is accelerating, but even with the car being virtually silent, it’s obvious it is digging hard at the asphalt test track.

The kids capturing the footage, as you’d expect, lose their minds at their good fortune. I want to reprimand them for their language, but I remember being a teenager and talking the same way when my buddies were around, so I get it! I would be pretty stoked to be catching such an awesome ride throwing down right in front of me, long before anybody else in the general public saw what I was seeing, so if they’re going to be excited about something, this is it!

« A New Hypercar Has Arrived – The McLaren Senna Unveiled