One car that has made its fair share of noise over the past couple of years is the ...

One car that has made its fair share of noise over the past couple of years is the Ford Mustang drag radial clad machine from the likes of Kevin Fiscus and Josh Klugger that has been seen making magic on tracks across the country.

This time, the scene for the action is the 2016 Import vs Domestic World Cup Finals at Maryland International Raceway as we flash back to recall the action as Fiscus was behind the wheel and ready to run this thing out the back door as the car has been consistently knocking down 5-second passes, new territory at the time for drag radial machines as we actually witness the first ever 5-second pass of its kind. In fact, we’re going on the two-year anniversary of this record as World Cup is getting ready to come around again and the first ever drag radial car to touch 5s in the quarter mile still remains the fastest. Only one other car has ever broken into that club when Dave Adkins took his LS-powered Camaro to a 5.975-second pass at 243.11 mph less than a month ago, making it under the 6-second bar but leaving this record on the table.

In this BigKleib34 video, we check out the car in action as Kevin lays the hammer down and ends up going home with a stack of 5-second passes and that standing record to boot as the Mustang blasted its way through the traps in just 5.94-seconds at speeds of 250mph before pumping that record just a bit further and eeking out a 5.92-second pass to top it. It’s quite interesting to see that the record still stands as it’s not something that can simply be broken by adding more power because certain tire types can only provide traction for so long, right? It’s a formula that takes lots of long hours and data to be able to type into as you can see by the record’s longevity.

The footage below shows us that the car can hit its marks consistently. Now, the only question is, will anyone be able to track down the amazing things that this car is doing on the track? As of now, that answer is still “no.” 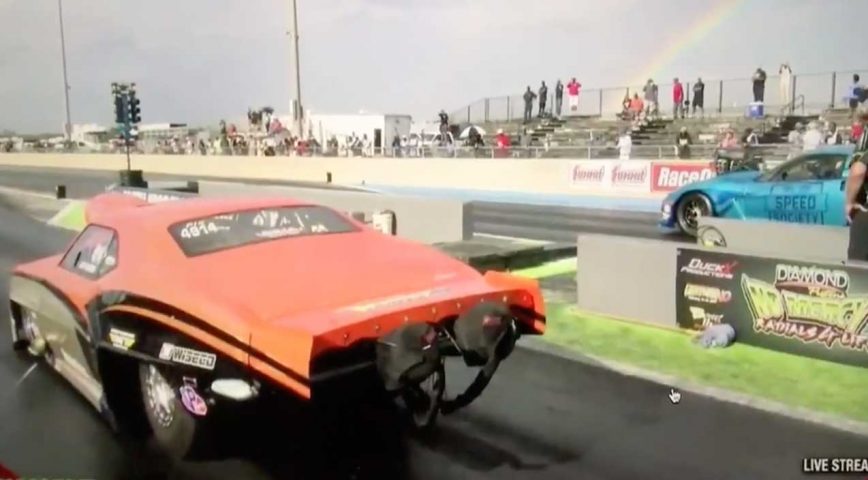