The Rock Fails, Yet Again, to Fit in a Car For His Upcoming Movie 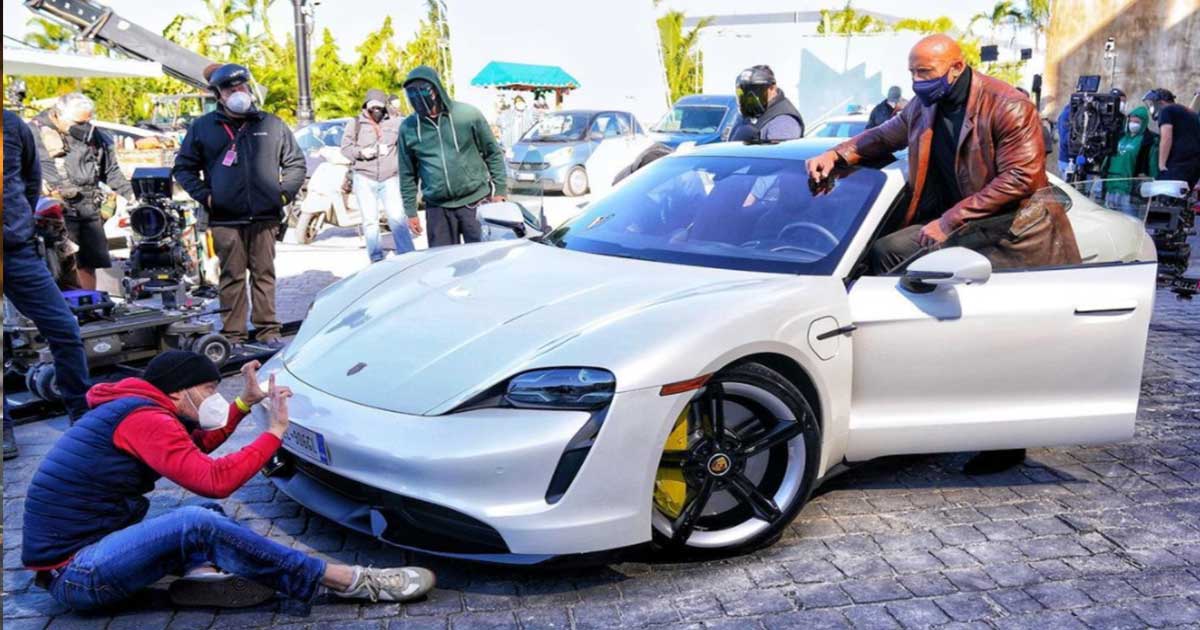 If there’s one thing that, as a tall guy, Your author feels doesn’t get mentioned enough, it’s that supercars just aren’t made for tall or big people.

We aren’t sure what it is but for some reason, some of the highest dollar machines in the world are missing one of the most important options available and that is to accommodate people who are all different sizes. Anybody over 6 feet or so is going to have to consider this when purchasing most of the supercars and hypercars of the world.

One celebrity who makes this phenomenon hilariously apparent is none other than Dwayne “The Rock” Johnson. As fans will tell you, The Rock got his start as a professional wrestler and, as such, maintains the stereotypical physique of the position.

Most recently, this popped up we’re trying to do a promotional shoot for his upcoming Netflix movie, RED NOTICE (Coming 2021).

In a shot to be included in the “Globe trotting heist movie,” Johnson was gearing up to get behind the wheel of a Porsche Taycan Turbo S. However, this particular model wouldn’t accommodate him and the entire shoot had to be rearranged in order to get the image that the team was looking for.

Rock filled in the details, taking to Instagram and claiming “Aaaaand guess who’s too big to fit in yet another sports car and now we have to change the entire shot sequence around.”

This isn’t the first time that this has happened to The Rock, though. Unfortunately, having all of that money is kind of a tease when you can’t buy vehicles like this… at least not if he plans on sitting in them.

In 2015, we recall Rocky heading to Facebook to talk about the amazing LaFerrari on set. Again, Johnson told us all that he couldn’t fit in the Italian monster.

“She was a fast machine, she kept her motor clean – she was the best damn woman that I ever seen…” 950 horsepower….

Posted by Dwayne The Rock Johnson on Sunday, November 22, 2015

Some of these machines can be customized in order to fit larger people if there’s enough space to mount the seat further back or perhaps even on the floor. However, we think there’s a very good reason that Johnson mostly sticks with his Ford F-150.