The “Ron Beer” Might be the Most Ingenious Lawnmower Ever Built 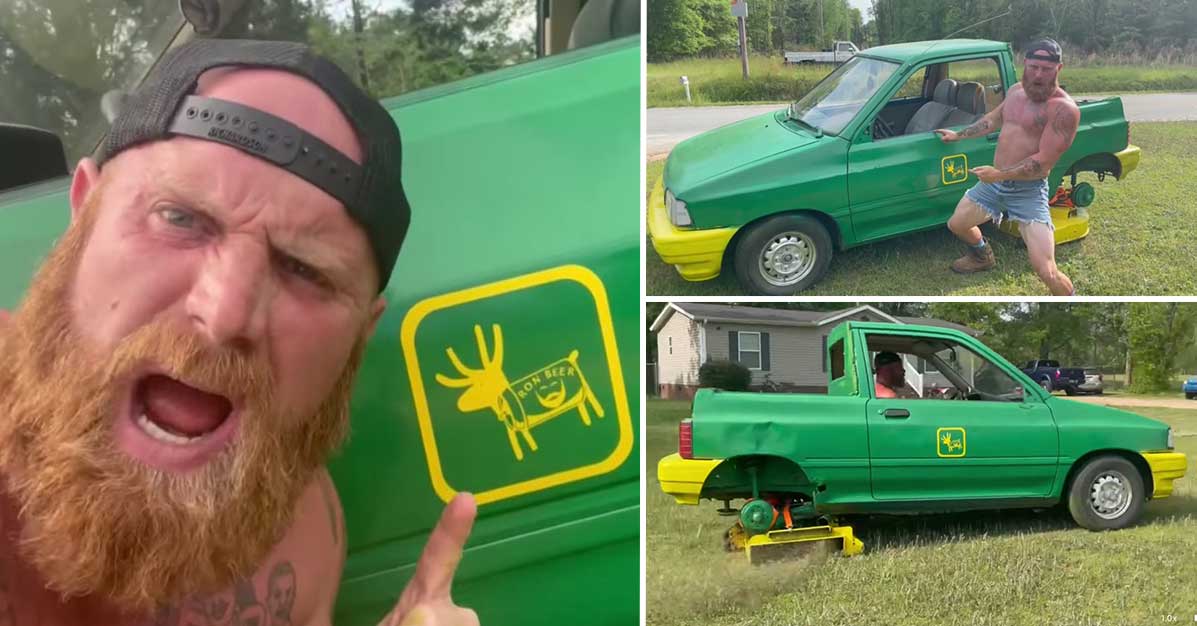 When it comes right down to it, a little bit of creativity can definitely take you a long way. All that it takes beyond that is the ingenuity to make it all happen. Sure, things like fancy tools and a large budget will help but really, where there’s a will, there’s a way in most situations. Besides, those fancy tools can only take you so far without a vision and that’s where “Ginger Billy” steps in.

This time, we check in with one comedian’s take on a redneck lawnmower. We have to admit that we got quite the chuckle from the bit that features the likes of what is called a “Ron Beer.” Obviously designed to mimic the legs of a John Deere, this green and yellow-painted machine that appears to be a cut-up Geo does everything that your lawnmower can do and then some.

For starters, the main selling feature, says our host, is the ability to be able to drive it while holding a beverage. He also says that because you need two hands to operate a zero-turn mower, that’s not something you can do while riding the competition. In addition, you can also listen to the radio and have a buddy ride along with you so that you could have someone to hang out with while mowing the lawn.

Perhaps most impressive here is the fact this thing appears to actually do a decent job at cutting grass as well. Powered by what we’re told is a 600cc Briggs & Stratton engine, the contraption that looks like it was built in the backyard has no fear when it’s time to tackle the terrain in front of it. Obviously, it’s not the practical selection but we have to give a “hats off” to the creator behind this one as the wild idea came together quite nicely.