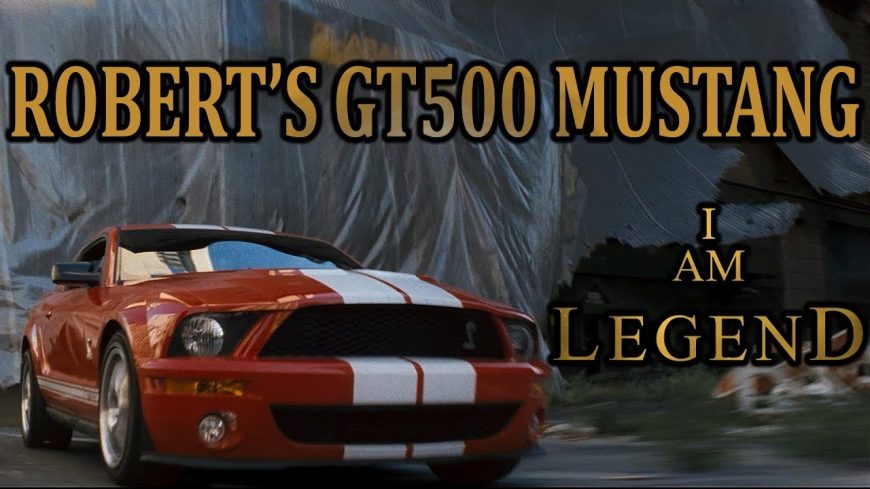 As a car guy who doubles as a movie buff, it’s difficult to not get excited about the prospect of being able to add an iconic movie car to the collection. For those who are big fans of Will Smith or I Am Legend, now might be just your opportunity to shoot that shot.

Speaking strictly from personal opinion, I have to say that the opening scene from this particular movie is certainly one of the most underrated in movie history. There’s just something about a post-apocalyptic New York City that really is special when combined with the likes of a screaming Shelby GT500. The movie really provokes a sense of pure adrenaline along with making the viewer wonder what car they would get behind the wheel of if there were no people left on Earth.

In any case, the GT500, screaming supercharger and all, have just gone up for sale on eBay. With a crispy 6000 miles on the odometer, the car was handed over to the seller directly from the hands of the owner of the production company’s personal car collection. In the ad, we learn that there were six cars produced for the movie but five of them have since been crushed. For those who aren’t good at math on the fly, that would allude to the fact that this is the only remaining GT500 from the film.

As one might expect with a car like this, it is said they have been stored inside and also described as being in “Collector condition.” The machine comes with full certification showing authenticity. In addition, the car has been featured in magazines including Haggerty that listed it as one of the top 10 all-time movie Mustangs.

As of the writing of this article, the bid on the car is up to $43,100.00 with just 6 hours remaining. With similar machines going in the $35k-$40k range, this actually seems like a pretty sweet deal. The car might be ahead of the general 2007 GT500 market by a couple of thousand dollars but if you ask us, that’s a small ask for a piece of movie magic.

« Testing a Micro Supercharger For the First Time