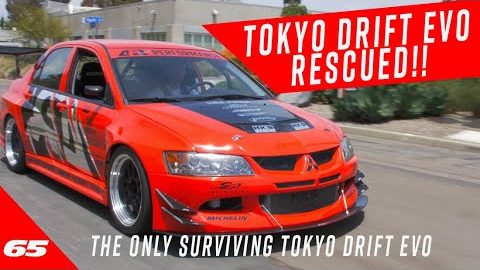 It’s absolutely no secret that, in car movies, the vehicle selection can play as much of a role as the selection of the actors themselves. Sometimes, the cars might be even more important. That might seem like a big statement because what would the Fast and Furious franchise be without some of the big names that we all know and love today? On the other hand, though, what if instead of that orange Toyota Supra in the first Fast and Furious, we saw Dominic Toretto behind the wheel of a Honda Civic? Well, that almost happened so it’s something to let marinate.

In the third installment of the film, we would watch a slightly different crew head to Tokyo. In this film, things are mixed up from the timeline that we had seen in the first two movies. However, it would also come with the exciting idea of drift racing along with a variety of different cars. Tuner culture was big in America at the time but these cars gave fans something completely different than what we were used to at the time. At this point, it seemed like the crew was locked in on the idea of involving a Mitsubishi Evolution in a big way.

Anyways, we’re sure that most have seen the film and if you haven’t, we won’t spoil too much for you even though you’re long overdue on watching it. In any case, one of the main vehicles showcased in the movie, a red Mitsubishi Evo, had gone missing or so it would seem after the film was in the rearview.

It might seem obscure that a movie car such as this would be able to go unnoticed for so long. However, it seems to be a practice that happens all the time. This time, down in the video below, we check in with Craig Lieberman as he joins up with the YouTuber who actually discovered the car on accident and picked it up for his collection.