Supercar racing is one style of motorsport I would love to see catch on here in the ...

Supercar racing is one style of motorsport I would love to see catch on here in the States. Comprised of modified touring cars such as BMWs, Audis and Holdens and others, the series consists of cars many of us see on the road daily (except for the Holdens, which are built by GM but not sold in the US), which I feel would make them popular with an American audience.

The cars aren’t drastically modified, keeping factory body panels and only allowing certain changes to the engine and suspension, which keeps the cost of racing in check. Think NASCAR’s early days meets modern fuel injected 4-door sedans, in a way. The rules are tweaked as needed to keep all of the cars on a level playing field, leaving it up to the driver’s skill and savvy to push their cars to the front of the pack.

There are different classes that run concurrently, meaning some of the cars on the track are much faster than others. As you can imagine, this can cause some tension between drivers, especially when the slower cars interfere with the more powerful cars as they try to pass. The video below features 10 moments considered “unsportsmanlike”, and most of them involve faster cars being hindered by those in a class that’s slower than theirs.

Of course, not all of them are like that. One in particular captures two drivers in the same class who are racing for the points title. The drivers touch entering a curve, which upsets the balance of the lead car, sending it spinning out. As the lead car spins, it collects another racer as well, and causes a bit of a pileup in the corner, while the offending driver managed to slip through, leaving carnage and angry competitors in his wake.

That kind of aggressive maneuvering is frowned upon, and he likely drew a penalty afterwards, but it made for as spectacular moment, as are the are of the clips in this video.

Racecar Road Rage Ends In One Driver Getting TAZED And Both Arrested! 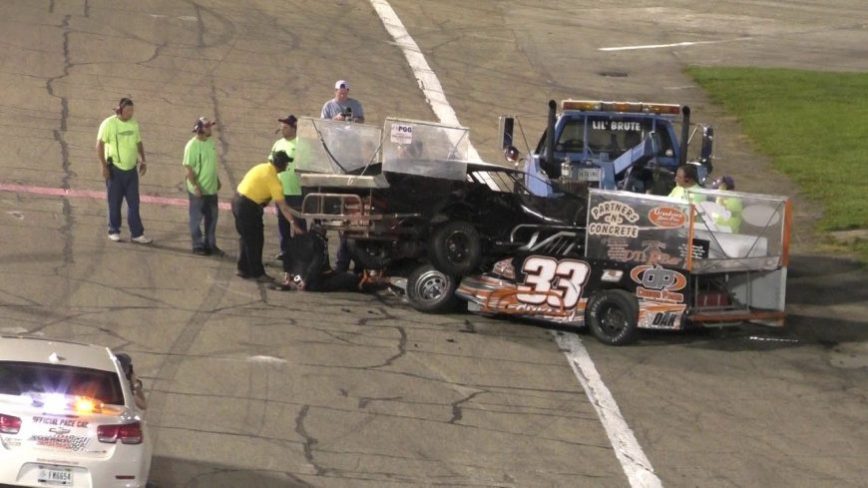