The Truck That Broke The Internet Invades SEMA 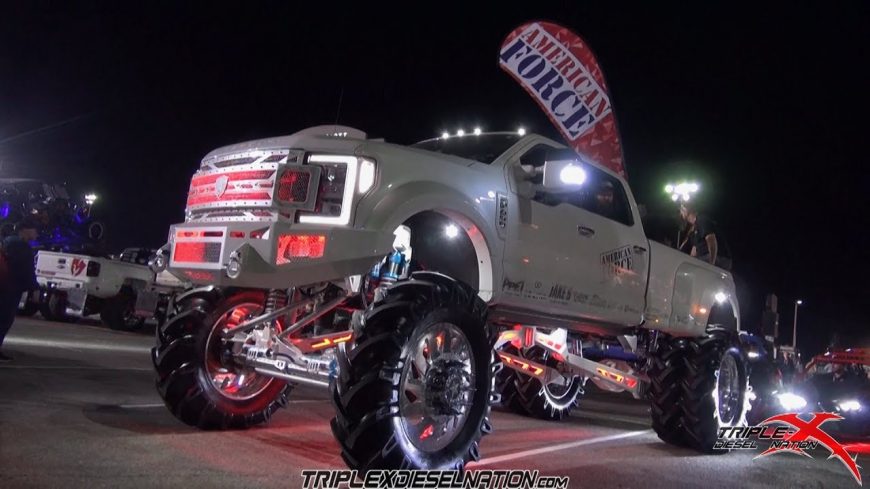 If you have never heard of SEMA, well, you had better get an automotive dictionary because it’s one of the biggest events of the year and pretty much the Who’s Who of the automotive industry always makes the point of clearing the space on their schedule in order to attend. With that in mind, you see not only some of the biggest faces in the game but some of the biggest builds. That’s right, if there’ve been eyes on it all year and you want to get your chance to look at it, you might want to figure out a way to get in those doors of the Las Vegas Convention center when the time comes.

This time, our friends over at Triple-X Motorsports have caught up with one of the trucks that broke the internet previously and, this time, is aiming to break SEMA 2017, garnering all of the attention as it possibly can when it’s taken out to the desert in Vegas. Equipped with some of the biggest wheels and tires that you have ever seen on a dually, this incedible machine will make sure to grab your attention an absolutely keep you entertained as it keeps on delivering more and more to love. If you’re into trucks, this Platinum is certainly one that you’ve got to a gander at.

Follow along in the video down below as X does his best to catch up with the owner, asking all the questions that we want to know the answers to and taking a camera along for the ride as he gets the inside scoop on this truck that everybody has their eyes on. After riding along with this quick interview that really gives you the rundown on exactly what this monster machine is all about, tell us what you think of the concept of jacking up a dually like this and really making it something even more special than it was to start with.