The ultimate adrenaline rush? Freestyle wingsuit flying above the Dolomites 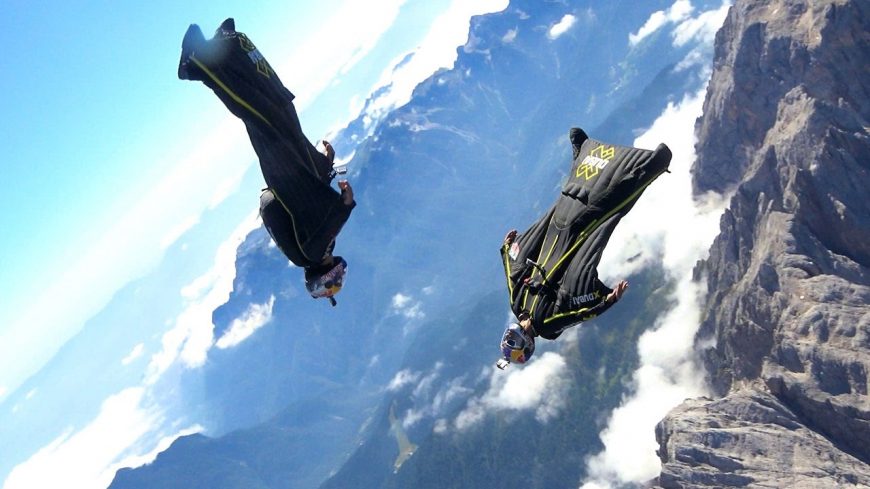 For many folks, bringing themselves to jump out of a plane and go skydiving is a big time step in and of itself. Now, just imagine telling them that they have to jump out of the same airplane except this time they won’t be using a parachute. The looks you’d get would probably be second to none!

From most, you would probably get a rather large helping of “hell no,” but for this group, they embrace the idea with open arms as they slap on their wings suits and go to town.

At almost 5000 feet above the Cliffs of Mount Agner, these two completely free fly and freestyle in the sky of Dolomites, Italy on their way down to the ground all those feet below.

Check out the video below as these guys go on the journey for a complete adrenaline rush. From my point of view, I would most definitely have to say that they achieve that goal and then some. You would never catch me doing something like this in a million years. I’ll just sit over here on the safe side of the computer!