Whenever one of the Street Outlaws is in action, it’s impressive to watch as ...

Whenever one of the Street Outlaws is in action, it’s impressive to watch as they make their presence felt, putting the hurt on anyone who wants it as they open a can of whoop ass at drag strips around the country, going head-to-head with some of the most impressive cars around.

This time, the action is coming at us from Pageland Dragway in Jefferson, SC and David Comstock aka “Daddy Dave” is on the premises, testing out his Goliath 2.0 Chevrolet Nova and opening up the door for Tony “Boss” Bynes to take a shot at incredible old Chevrolet.

After Dave gets in a couple of test hits, the race is on as Bynes rolls his car off of the trailer and up to the starting line to make some magic happen in between those concrete walls. Check out the video down below as these two insane examples of grudge racing machines go at each other in a friendly race for the finish line. They put on one heck of a show for the crowd in attendance that night! 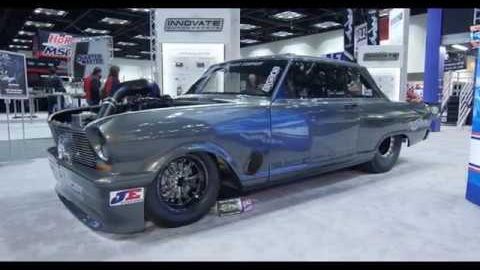