The Untold True Story Of The 2020 Supra. Is It Really A Re-Branded BMW Z4? 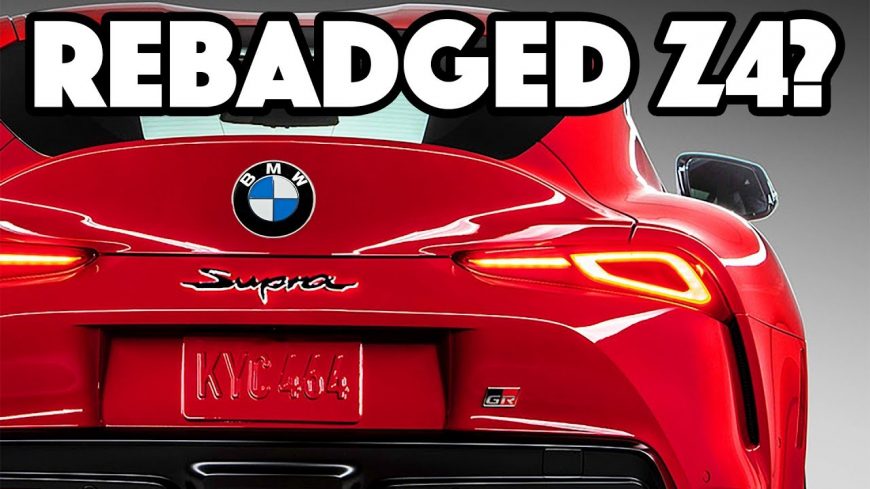 The 2020 Toyota Supra is a vehicle that has thrown the entire automotive community through a whirlwind of emotions. For the automaker, it was going to be an uphill battle no matter what. When trying to re-create the magic with one of the most iconic cars of all time, things would nothing short of a challenge. Even in a perfect world where the perfect vehicle was released, there would always be those who will never let anything live up to the MKIV supra in their minds. With that said, the latest rendition of the car has certainly made for its fair share of water cooler talk.

One of the aspects that is important to indicate with the car is that Toyota didn’t build this one on their own. Instead, the Japanese automaker would seek a collaboration with German automaker BMW. Essentially, from what we have gained, they wanted to put together something that was just right and, after lots of back-and-forth, the brands finally came down to a finished product. When the Supra made its way into the public eye, things began to get a bit tense as folks were claiming that they’d been shortchanged. Instead of an all-new car to pay homage to the last generation of the icon, they felt as if they got a rebadged BMW.

It’s not hard to see how this could stir up a ton of anger. After all, it’s kind of a respect thing that the Supra has its own design and heritage. To simply take a BMW and throw some different bumpers along with new badging on it would be nothing short of a slap to the face of Supra fans everywhere. However, it seems as if the actual data behind it all doesn’t back up this concept. The video below does a great job of outlining the entire timeline. We’re taken from the point where the idea would first come about all the way to the finished product. After digging into this one, we can see that there’s certainly more than meets the eye with the 2020 Supra.