Every single day, day in and day out, in the automotive community, there are ...

Every single day, day in and day out, in the automotive community, there are different things and stir up all kinds of controversy. It’s no secret that one of the biggest headlines on that list of controversial topics was that of stuffing a turbocharged V6 in the Ford Raptor, the biggest and baddest performance machine to ever exist in the skin of a Ford truck. However, Ford really managed to overcome as their EcoBoost line has been selling quite well. You can’t help but be impressed by what that engine has managed to accomplish, either.

However, regardless of how well the EcoBoost has done, there is always going to be that group of people who are clamoring for the v8 to be offered up in the truck once again. There’s just something about the feel of a truck with a V8 under the hood that really cranks up the intensity, even if said intensity is founded in nothing more than sound alone. Anyways, if you’re a fan of what’s happening in the rumor mill, you might just want to listen up because there’s a really good chance that an 8-cylinder engine is going to be coming back to Ford in a bigger way than ever.

Follow along in the video down below that reveals the idea that Ford might just be coming back into the limelight with another plot twist in their roadmap, sporting nothing other than a 7L V8 under the hood, just at the moment that you thought it was fading into the distance. Without any solid supporting evidence at all, I can attest to the idea that it almost just doesn’t feel right to not have this kind of engine in a performance truck, especially. If the rumor mills are accurate, you might just be seeing that kind of muscle coming out once again. After getting the rundown of exactly what you might be able to expect out of the truck in the near future, be sure to tell us what you think of the potential upcoming plans.

Drop What You're Doing: The All-New Ford Ranger Raptor is Coming in 2018 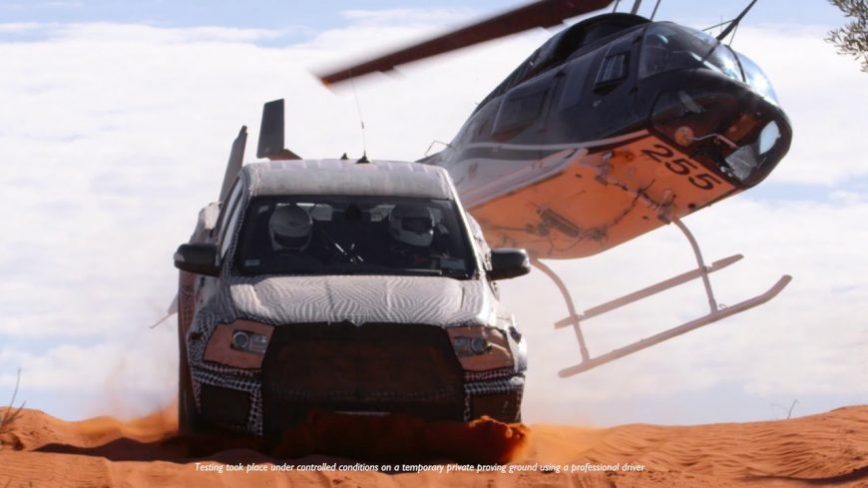