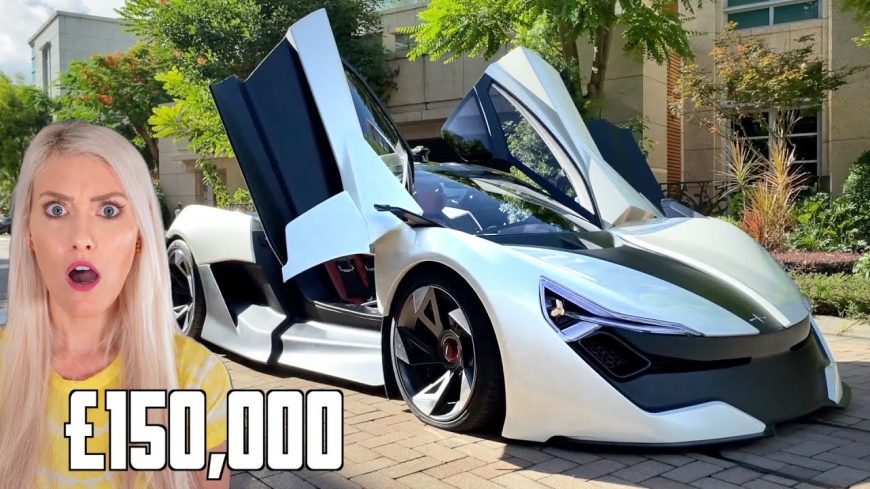 If we really try to simplify what supercars are all about, we would probably say that they’re equal parts mesmerizers and performers. Not only do these things look like few other cars in the world. They also tend to perform on a level that far exceeds most other classes of road cars.

Naturally, in order to tap into these cars, it’s going to end up taking a good bit of investment. Even on the low end, one could expect to spend a couple hundred thousand dollars on an entry-level supercar. When we start integrating hybrid and electric technology, the prices seem to climb from there.

One British supercar creator seems to be striving to break that mold, though. As it turns out, the brand by the name of “Apex Motors” has come out with a “Sportscar with supercar capabilities” that not only looks the part. It’s one spectacular performer as well. Some might even argue that it borders on having hypercar capabilities.

The biggest point to be made about this car is that it comes in short of $200,000. For that amount of money, buyers will be able to get a 0-60 time of 2.3 seconds. According to Supercar Blondie, the host of the video below, this rivals the highest performance trim of the Tesla Model S that comes in at about 2.4-seconds.

Sure, we might be comparing it to a sedan. However, that sedan is a freak of nature, if we do say so ourselves. Also, a main selling point of the car from Apex is that the incredibly aggressive styling truly sets it apart. They might share similar 0-60 times. However, It’s very clear that these cars are incredibly different.

To top off the package, the Apex AP-0 will make 650 all-electric horsepower. All of this comes while boasting a range of over 300 miles. The car also hosts self-driving capabilities.

As Supercar Blondie points out, other cars in this category can come in with seven-figure price tags. When we look to something with a similar price tag in the electric coupe market with the BMW i8, the Apex seems to blow the BMW out of the water in performance.

At the end of the day, we aren’t exactly sure if this supercar is for everybody. However, for those in the market, it’s definitely an option worth taking a look at.