The World’s Fastest A90 Supra Topples Over a New Record 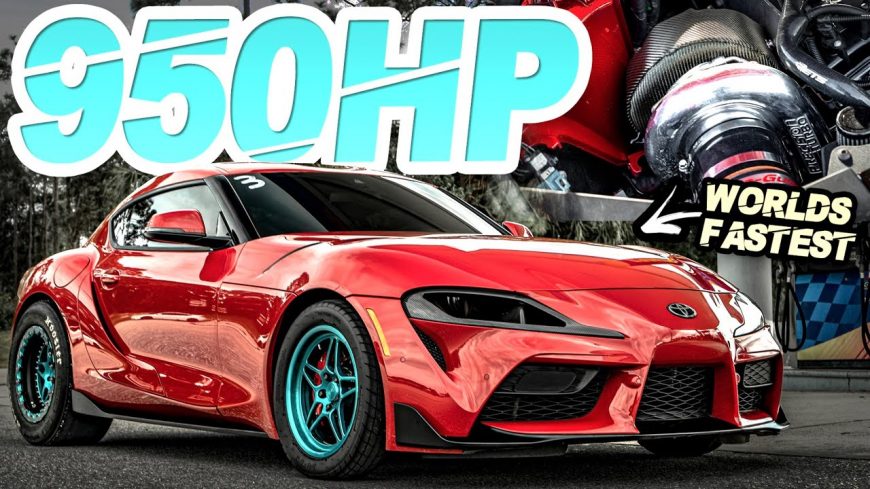 Every time a new generation of performance machine comes out, it’s only a matter of time before people start to do their best to make it go faster. We knew this was definitely going to be the case with the latest release of the Toyota Supra. Something with so much hype behind it and so much wait time between the last generation and current generation was sure to draw in performance enthusiasts in droves. After begging for a new Supra for such a long time, the community would finally get what it was pleading for.

Just as we had suspected, right off the bat, people got to modifying the MKV Supra. With basic bolt-on modifications, the car would go faster and faster, even diving into the single-digit range in the quarter-mile, before getting to the point where major modifications needed to be made to hop from the current plateau. However, even though the number of enthusiasts modifying their Supras past this point isn’t as plentiful, the effort has certainly kept on pushing forward, retaining those enthusiasts with a fatter wallet and perhaps a bit more knowledge about the platform.

This time, we get to tune in as the records are falling with the A90 Supra. In this particular video from the crew over at That Racing Channel, we get to ride along with a machine that has become the fastest MKV Supra in existence. Boasting 950 hp, the machine clocks in within the eight-second range in the quarter as it pushes its way to over 150 mph.

By following along with the video below, we get to join in with the incredible ride as it shatters the mile per hour record, laying claim to the title of a new big dog in town. Just when we thought that we, as an enthusiast community, we’re fortunate enough to have a new version of the Supra, examples like this really blow the whole idea wide open, giving us a new version of the monster to drool over. Who knows just how far this platform will be pushed!?

« Brass, Copper, or Steel – Which Metal is Stronger? The Hydraulic Press Finds Out!