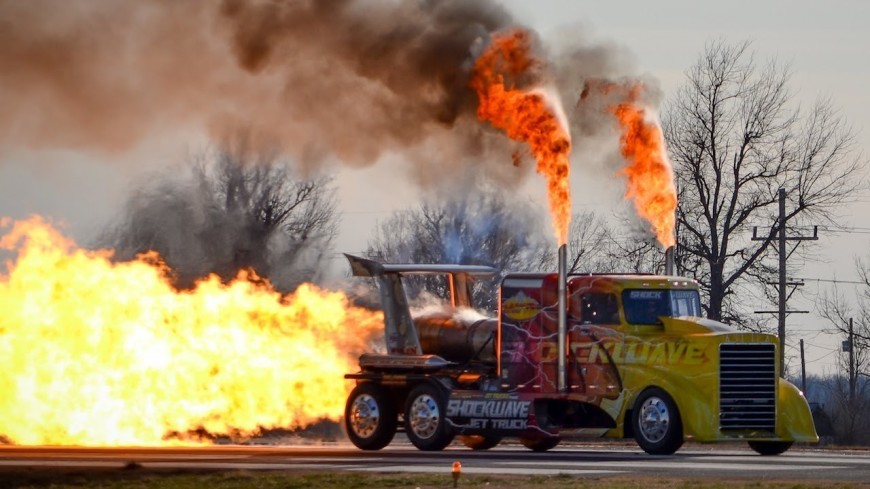 How fast is too fast when it comes to rolling with wheeled machines? 100mph? 200mph? How about a whopping 300mph? Well, this impressive truck tops all of those.

Shockwave is powered by three jet engines which propel the truck to over 375mph which is good enough to beat some of its airborne competition.

This time, we catch up with the three-ton 1957 Chevrolet semi-truck that makes north of 36,000hp as it’s in action on an airstrip.

Check out the video below to learn more about this monster of a truck that will impress just about anybody that you put in front of it!