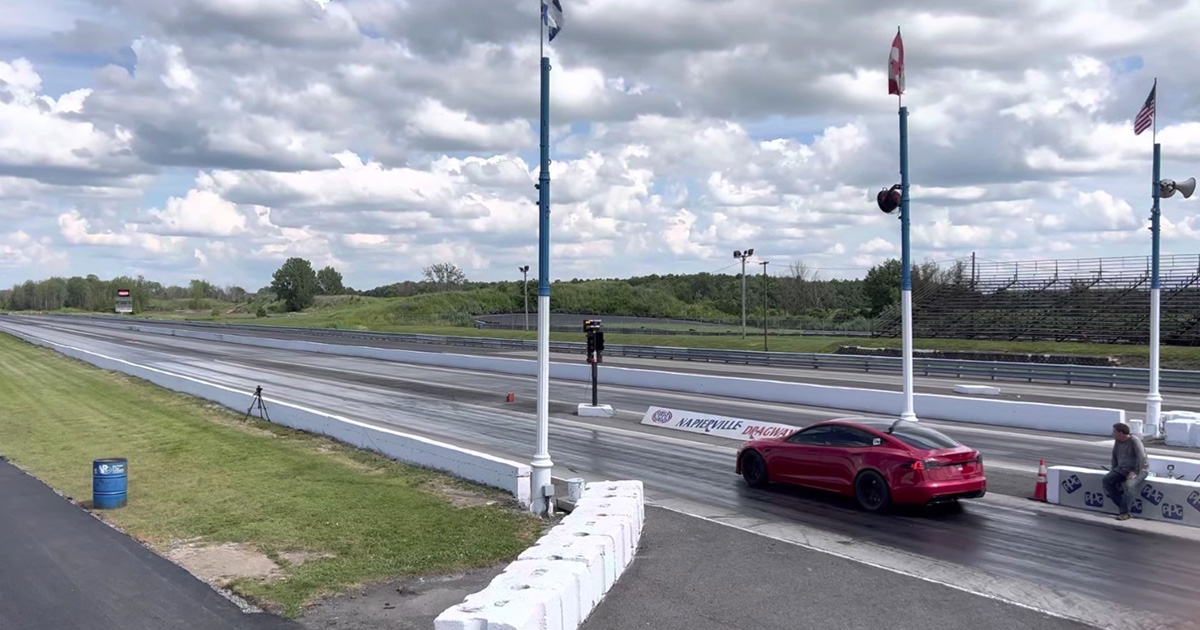 There is certainly no shortage of controversy among automotive enthusiasts when it comes to Tesla vehicles and other electric vehicles. Sure, they will save their owners a bundle on gas expenditures. However, their lack of what the community perceives as a soul that one would get from a traditional vehicle seems to be concerning. Shuffle in the concerns with things like durability and concerns about the electric grid and we have ourselves a polarizing topic.

One aspect that most definitely isn’t controversial is the fact that a vehicle like the Tesla Model S Plaid can downright accelerate with a vengeance. In fact, some might’ve been surprised when the model came out and cleaned the floor with every production car ever made, claiming its stake as the quickest and fastest production vehicle to ever make its way down a quarter-mile drag strip. That’s certainly impressive when we take a look at all of the performance heritage that has existed in production vehicles over the years.

One thing about the Model S Plaid, though, is that it seems as if for now we aren’t going to be able to modify the cars.

That wouldn’t stop one particular enthusiast from heading out and toppling the speed and elapsed time records by quite a wide margin. We didn’t get too many details on the car that made its way to Napierville Dragway but what we do know is that the machine managed to rip off an 8.8-second pass at 162.55 mph. That’s over 7 mph faster than advertised. It also knocks almost half of a second off of the advertised quarter-mile capabilities which are pretty much what we’ve been seeing out of the examples that have been tested in the wild.

In the video below, we check in at the strip to see the electric car go to work.

« Canadian Inventor Tests Armored “Grizzly” Suit by Getting Hit by Truck, Tumbling Down a Mountain