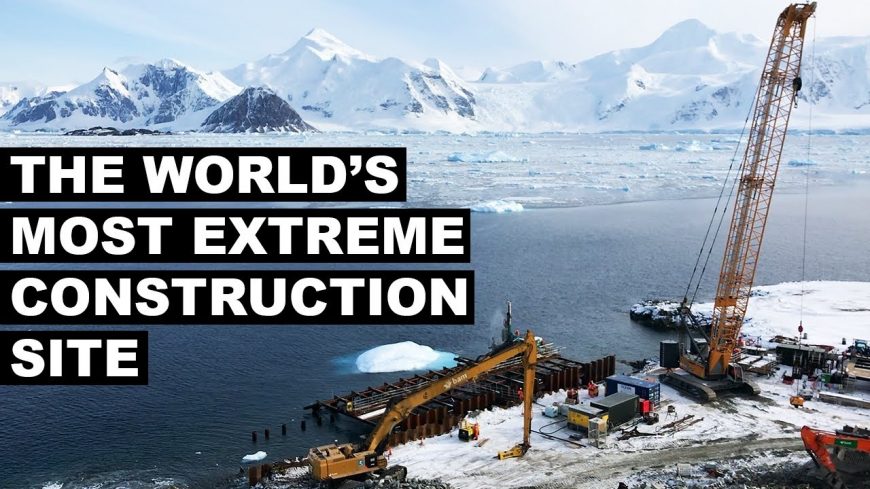 As we take a look around the developed country surrounding us, there are tons of marvels of engineering that are tough to wrap the mind around. For example, most folks who walk into something like a shopping mall probably take for granted the extensive planning that it took to erect the mall. From the parking lot to the food court, everything was planned out extensively with the help of folks who are smarter than most. Putting together any structure is no easy feat.

However, there are definitely some construction projects around the world that are much more difficult than others. Take, for example, that structure that we just talked about in the mall. Now, imagine heading to a remote area and trying to build that same structure. There are no highways to get to the plot of land that it’s to be built on and the weather is a little bit less than accommodating. This is the exact situation that many construction crews face in the pursuit of exploring new frontiers.

This time, we check in with what is believed to be the world’s most extreme construction site. As it turns out, building in Antarctica isn’t exactly as easy as building in a major city. On a good day, it can be difficult to travel over the continent’s terrain by yourself. Now, just imagine trying to pull a crane out to a remote area of Antarctica in order to set up a research site. You could see where this could very quickly become a logistical nightmare and one that’s downright dangerous as well.

This time, we dive into the process that backs up scientists when they need to create a new research facility. In this particular example, we take a look at a facility that has been designed to monitor climate change in an incredibly remote area. Not only is getting there difficult but once everything is set up, the process of building can be rather difficult as well. At the end of the day, there aren’t very many areas where you have to consider the likes of an iceberg drifting into your project. However, this just so happens to be one of those very areas.