In the world of drag racing, when you really put it all on the line and go out there ...

In the world of drag racing, when you really put it all on the line and go out there to compete, most of the time, the idea is to have a lightweight platform in mind that will be able to go as far as it possibly can, in terms of power to weight ratio. When you put a little bit of juice behind it, those weight savings really start to add up, especially when you’re racing in a tight class. However, amongst the always impressive sea of cars at the Import versus Domestic World Cup Finals, this time, we would stumble across a heavyweight that is certainly one that is certainly something to write home about with the way that it’s out there slinging all those extra lbs.

If you’ve been following their social media, you’d see that machine known as the “YeTTi” has been gaining some popularity in the past year or so and this thing definitely brings a major punch to the table, so much in fact, that as we got into this year’s World Cup Finals, the twin turbo Ford F-150 Lightning not only qualified number one in its class amongst some other amazing machines but also managed to collect a couple of records before making its way back to its home to New York after an intense and draining couple of days of racing. There’s certainly no denying that this drag radial clad machine is a force to be reckoned with and it really went above and beyond to prove it this past weekend.

If you follow along with the BigKleib34 video down below, you’ll be able to watch as the pickup truck imposes its will, going above and beyond to set the drag radial pickup truck records in both quickness and speed as it managed to bring home a 6.72-second pass and topple over a monstrous 208 mph. The crew did end on a somber note as all of that abuse would prove to take a toll and prevent the truck from making it through to the finals, but if it made it, the Ford would have certainly had a very solid shot at taking home the class victory for Warriors vs Tres Cuarto.

Probably the hardest hitting pickup I've ever seen… The Yetti-Twin Turbo Lightning blows us away every time! 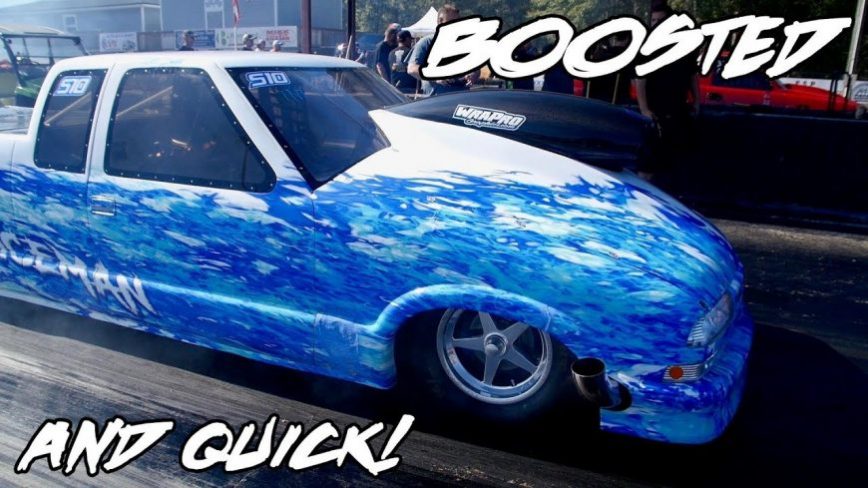