These Bollard Security Posts Will Destroy Anything but a Bus

These Bollard Security Posts Will Destroy Anything but a Bus

These Bollard Security posts are used to limit traffic access to areas where, for ...

These Bollard Security posts are used to limit traffic access to areas where, for example, only buses are allowed during certain times of the day. They are extremely rugged steel posts that can stop a car in its tracks when they’re extended from below the asphalt.

As you can see in this video, they lower and allow the buses access to their route, then raise to keep unauthorized traffic from entering. And even if the driver either doesn’t see the post or thinks they can follow quickly behind the bus, the bollards extend and stop them cold, likely causing thousands of dollars of damage. Plus it’s probably at least somewhat embarrassing to pull such a bonehead move with passers-by watching on.

Wouldn’t these badass security posts make their was over to the states, so we can have better control over the flow of traffic, and hopefully a few batch of videos to watch! 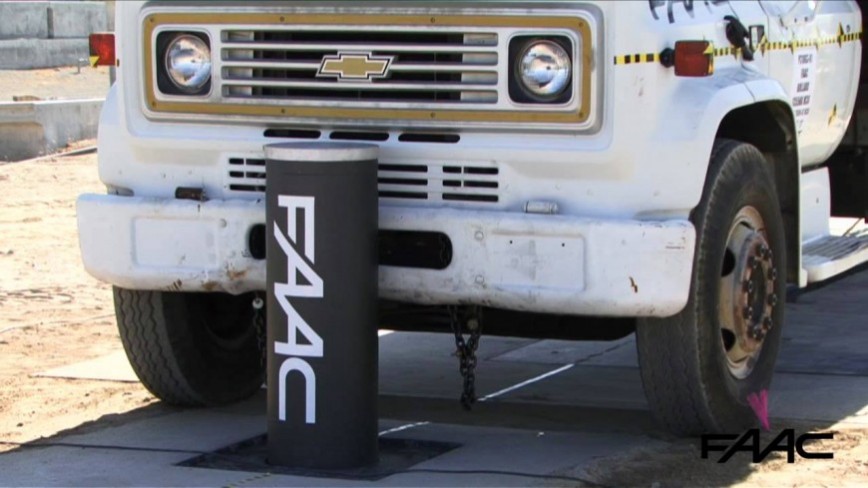