These Guys Might Have Had Way To Many Beers… Sliding The Boat Across The Beach!

These Guys Might Have Had Way To Many Beers… Sliding The Boat Across The Beach!

It’s pretty easy to figure out boats don’t usually mix well with land, but every now ...

It’s pretty easy to figure out boats don’t usually mix well with land, but every now and then, with enough alcohol-fueled courage, boaters set out to test that theory. Generally speaking, its accidental, but sometimes they just get the courage to hit the ground at speed and see what happens. Most of the time, its little more than grinding to a sudden stop, but every now and then, things just work and, well, things like what you see in the clip below happen!

We would love to have a little more information about this clip, such as where and when it took place and who the guy is behind the wheel that decided this was a risk worth taking. However, we don’t really need any of that to enjoy the fact that he did take the risk and the payoff is pretty epic. Getting up a nice little head of steam, this boater hit the gravel and speed and, instead of stopping dead in its own wake, the thick hull is up to the task and there is low enough friction that the boat just slides right across the ground, not really even slowing down much, and certainly not stopping. Instead, the boat ends up in back in the water on the other side of the rocky strip. We don’t really think it would be too smart to try this on your boat, though If you do decide to try it, make sure there is video to share!

What’s the craziest thing you’ve done on the water, or the craziest thing you’ve seen while out on the lake, river or ocean? I once came off a jet ski at, if the speedometer was accurate, right at 50 MPH. That may not seem that fast until you’re literally bouncing across the water. I wasn’t hurt, though I did have lake water forcefully injected into my sinuses, and it took days to get it all out. I lost my brand new billet aluminum shades in that crash, despite having a lanyard holding them onto my neck. 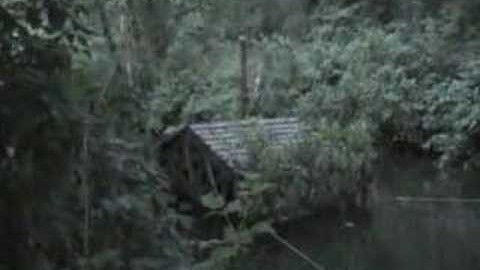