Sometimes, when try to visualize a situation, you simply won’t be able to ...

Sometimes, when try to visualize a situation, you simply won’t be able to account for how it could go from bad to worse. No matter how catastrophic you thought it was to start, lo and behold, things can just keep escalating on top of themselves as the building blocks are put together that ensure that whoever is behind this one is going to have a bad day. Both this Jeep owner and the person loading it alike, assuming that they aren’t the same individual, are both probably going to have quite a headache when this one is all said and done with. It’s really cringeworthy to watch but on the same note, it’s really one of those things you can’t take your eyes off of either.

From where we’re sitting, it looks like this Jeep managed to figure out a way to walk out one of its axles from the rear, leaving the rear wheels quite staggered as one of them is sticking incredibly far out of the side. As you can imagine, this could end up stirring up quite the unpredictable set of circumstances and that’s exactly how it all pans out for this driver as he attempts to take the Jeep and drive it on to the back of a flatbed, presumably to get to a place where he will be able to work on it or have it worked on by somebody else. However, this is where things really begin to take a turn for the catastrophic.

If you follow along down in the video below, you’ll be able to witness as the Jeep begins to make its way up the back of the flatbed, only to encounter a situation where it ends up losing its forward motion, perhaps due to the axle coming too far out, and leaving this thing to the liberty of gravity. Before you know it, it’s coming down hard and rolling over. This is certainly one that I’m sure the Jeep owner is going to want to forget but should they ever decide that they want to laugh at themselves, the video will be there and waiting.

Posted by Jeepfreeks on Wednesday, December 12, 2018

Jeep Wrangler To Be Recalled Over Frame Welding Issues 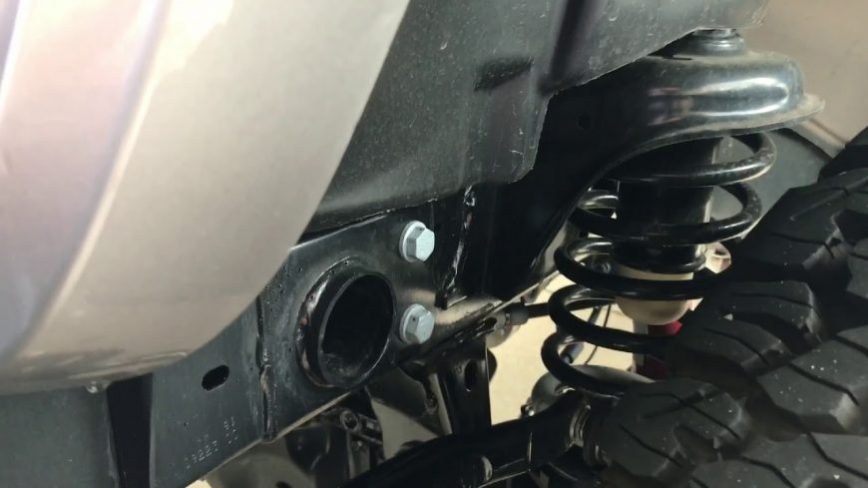