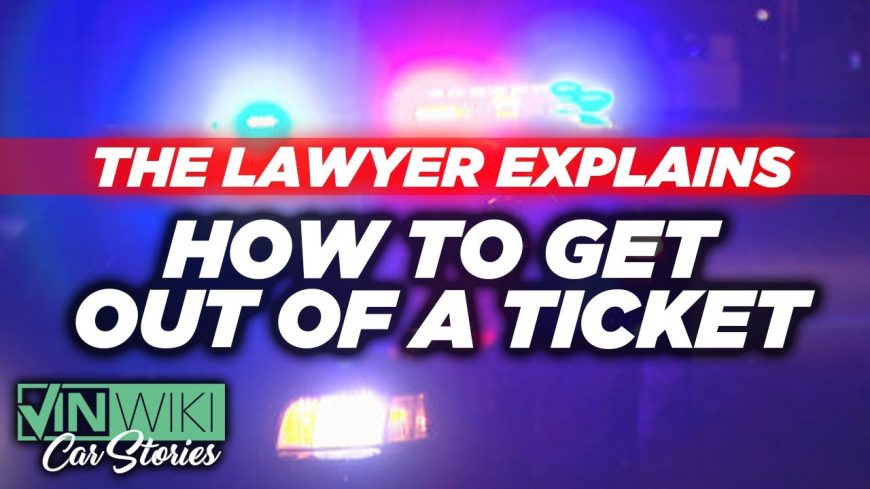 If there’s one thing that nobody wants to run into, it’s a traffic ticket. Nothing can quite put a damper on a good day like a citation with a fine attached to it and probably a hike in insurance premiums as well.

If we were to make a recommendation as far as avoiding a ticket goes, our advice would be to obey all traffic laws. However, we are all human and make mistakes. The same goes for police officers as well so if you play your cards right, you might end up being able to work your way out of the situation with a favorable result.

This time, Steve Lehto from Lehto’s Law approaches the subject of what exactly a driver can do after being pulled over in order to not be written a ticket. Sure, when you’re in court, there are all sorts of different specific pieces of advice that could be tailored to a certain situation. This is where lawyers earn their keep.

However, these rules address how someone should act on the side of the road in order to avoid court altogether. There’s no better way of beating a ticket than not getting one in the first place.

Now, something like this is easier said than done but it’s definitely not impossible. Once learning a couple of key tricks such as how to make police officers feel safe and how to be very aware of the situation that you’re in, you, or any driver for that matter, will be one step closer to being able to avoid that fine for maybe doing a couple of miles per hour over the speed limit. As they say, knowledge is power and this knowledge might be able to keep a couple of bucks in your pocket along with saving that trip to the courtroom.