They Are Now Roll Racing At Drag Strips, The Next Big Thing? 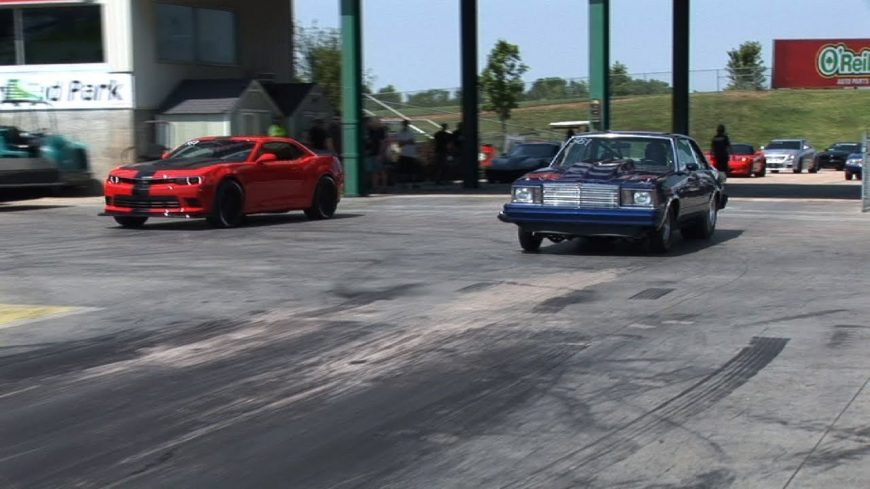 Personally, I have always been of the belief that if something makes you happy and you get joy out of it then go and enjoy it. For some reason, there are a lot of people who always focus on trying to build up what they do to make it look better at the expense of other activities. This unfortunate situation is very prevalent in the drag racing community for people who really need to help bolster up their self-esteem, building up whatever kind of racing they enjoy while simultaneously making fun of roll racing but if you take a look around the country, roll racing is definitely something that’s really catching on.

For some time now, at Street Car Takeover events around the country, we have seen roll racing getting bigger and bigger as they’ve decided to include it on the track before they spray down the water box and get into their dig racing classes. As a form of racing that really hasn’t been seen much at drag racing facilities, it has kind of acted as a sort of experimental venture to see just how much people would enjoy it and from the turnout that it gets, roll racing really seems like lots of folks are thinking that it’s worthwhile to dig into it.

In the video below, the guys over at Urban Hillbilly Action Videos take it upon themselves to capture some of the best action from Street Car Takeover that has cars roll racing against one another, trying to see exactly who will come out on top. It most certainly brings a whole different dynamic to the racing surface other than dig racing (racing from a stop) and has definitely gotten people talking. Be sure to check out the action below and tell us what you think of this racing that mixes it up just a little bit!

« 2018 Camaro ZL1 gets kicked off the track due to Exhaust Condensation!!