They Found A Secret Supercar Collection In Japan, And It Doesn’t Disappoint 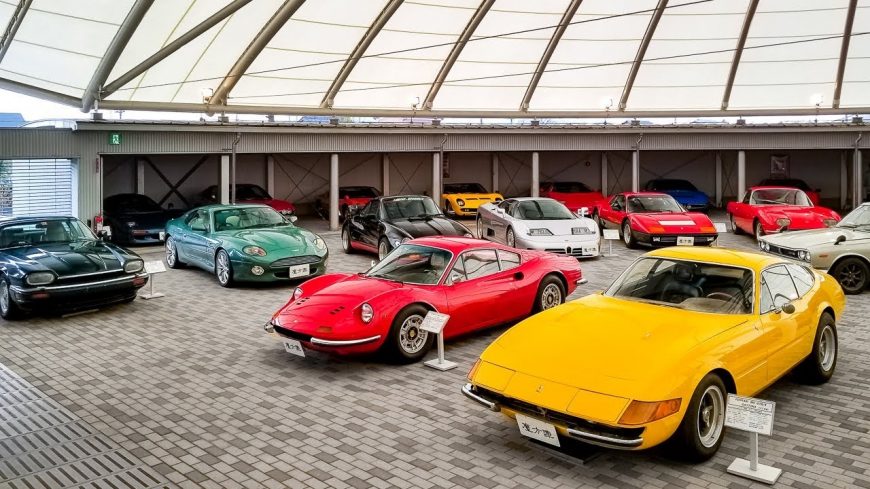 Japan is one of the lower-key supercar hotbeds, not always in the discussion for places to go to check out rare and powerful rides that qualify as supercars. However, I’ve noticed more and more videos coming out of the Land of the Rising Sun featuring some insane rides, and we’ve got one of them here today to share with you.

From the YouTube channel effspot comes this ten minute video featuring a couple of locations near Tokyo that house diverse collections of cars. The first, a museum of sorts known as Dream Auto, is the smaller of the two, but still contains some wicked rides that we honestly hate to see just sitting and not being driven. There’s a few Lamborghinis, a few Ferraris, and even a McLaren XJR 15 LM and a Porsche Carrera GT, just to name a few of the cars on hand. Our camera guy isn’t allowed to go inside to film, but he captures as much of the collection as he can shooting through the windows outside.

From there, we head to what he describes as a “secret car museum” at the Old Tochigi Station, a former train depot that has been renovated to house another diverse collection of rides. For 800 yen, effspot hits the gate and gets to actually walk in and check out the cars.

Not all of these cars are in perfect shape, but hopefully that just means these cars have been driven some instead of just purchased and put up to be looked at. Again, there’s a McLaren XJR 15, this one that’s actually been driven a bit based on the paint condition, as well as Jaguars, Aston Martins, and Porsches, among other makes and models.

These are just two of what I can only assume are many collections tucked in and around Tokyo, and we’ve seen a few videos featuring the crazy rides seen on the streets downtown in the city itself.