They Put A Ramp In This Soap Box Derby, They Probably Shouldn’t Have 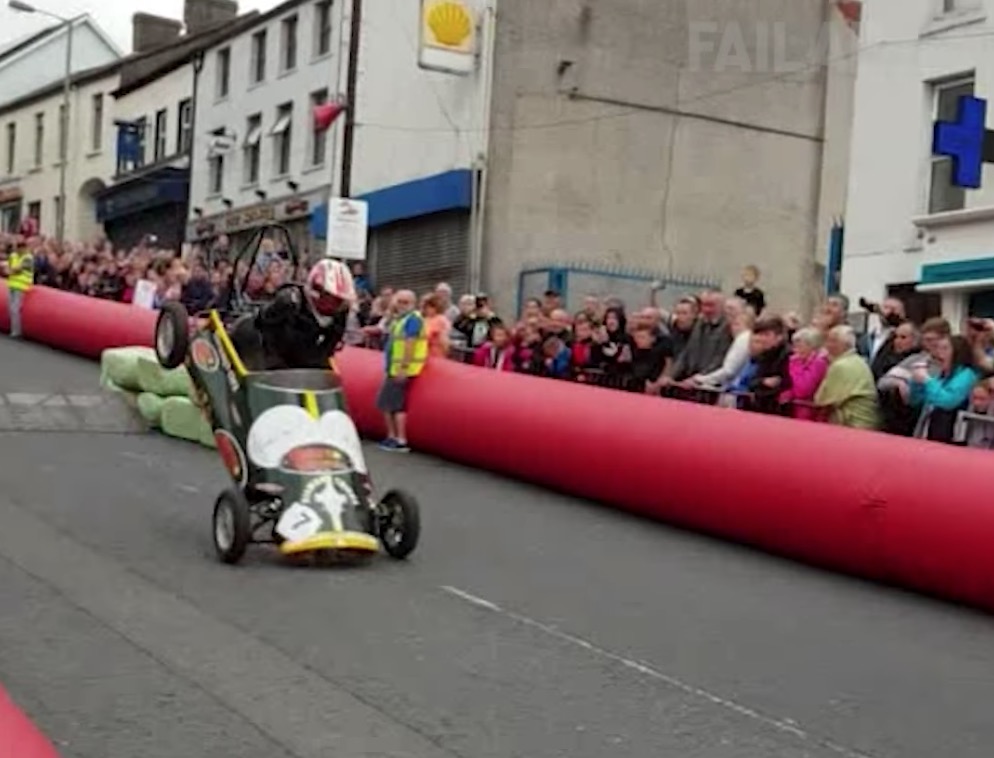 No matter what it is that you’re doing, there could be some sort of way to spice things up and make them a little bit more interesting. However, these kinds of additions to a situation could make things just a little bit more dangerous. That looks like exactly what happened as someone took a crack at adding another element of a challenge to this soap box to make the race a little bit more fun to watch but it all ended up backfiring. A couple of racers seemed to make it over with flying colors but it seemed like a fair share of competitors seemed to struggle with the obstacle.

A camera was rolling as the racers approached the jump and you could tell by the way that the crowd was reacting, that there was going to be a show with each and every car that approached the incline after building up a head of steam. It can kind of make you cringe as some of these machines come down hard after catching some gnarly air, but the real cringe comes with the competitors that end up going over completely. I’m not sure that anyone who was competing in this race expected to go down in the way that they did as the ground was coming in fast!

If you follow along down in the video below, you’ll be able to join in on the anticipation to see which one of these raring and ready competitors makes it over and who might just be going home with a couple of bruises. Maybe next time, they’ll want to tone this jump down a little bit but who knows!? Depending on the tone, maybe they’ll decide to introduce even more obstacles and make it a sort of extreme derby! Now that would be a fun watch!

This all kind of reminds us of a more tame version of Barbie Jeep Racing.